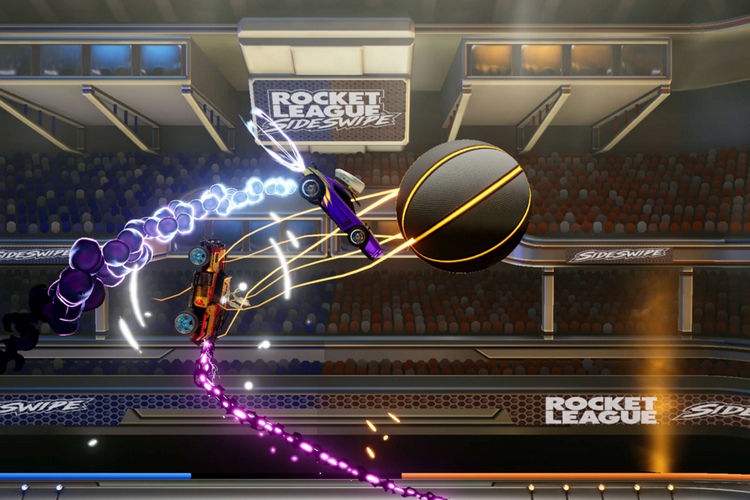 After making Rocket League free to play last year, Psyonix has now announced a new version of Rocket League built for mobile devices. The game is titled ‘Rocket League Sideswipe’ and is coming to Android and iOS devices for free later this year.

Psyonix says it will retain the core competitive gameplay of Rocket League on its mobile spinoff. According to the official announcement post, Rocket League Sideswipe will let players compete in 1v1 or 2v2 matches that last 2-minutes. That’s half of the duration of a standard Rocket League match.

Rocket League Sideswipe will have touch controls for controlling the car. Moreover, the game will have advanced mechanics as players level up in competitive ranks. The game will have customization options for your car in the garage too. Take a look at the gameplay video below:

Currently, the game is getting a limited-time regional alpha test on Android via Play Store for players in Australia and New Zealand. You’ll need an Epic Games account to participate in the alpha test program. If you’re not seeing the Play Store listing despite living in Australia or New Zealand, that’s because the alpha program may have already hit capacity. The company plans to conduct more beta tests in other regions over the coming months.

According to Rocket League’s support page, you will need an Android device running 6.0 or newer with at least 2 GB of RAM to run Rocket League Sideswipe. The alpha test will start on March 25 and will last until March 30. Notably, your account progress will be erased after the alpha test ends and you won’t be able to play that version of the game outside the test period.