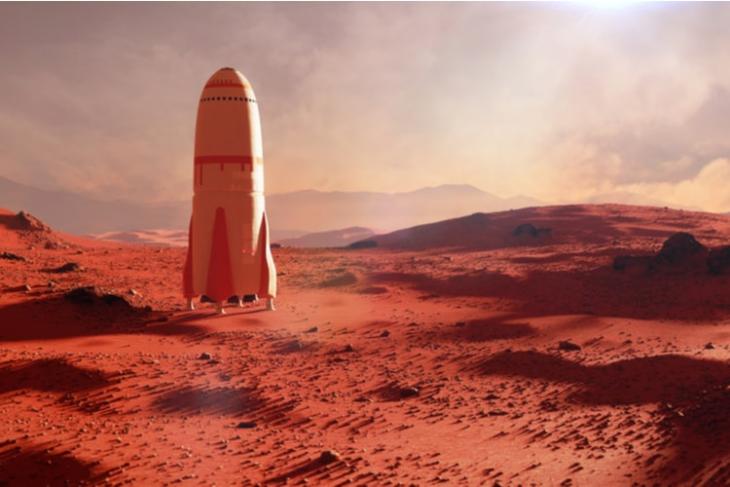 After successfully landing on the moon back in 1969, the next target for space researchers and scientists is Mars. As space technology continues to evolve, scientists are now looking to send humans to Mars after scouting the planet with the Perseverence robot. So now, researchers have developed a way to produce a propulsion biofuel on Mars using microbes and a few resources from Earth.

In a recent study, titled “Designing the bioproduction of Martian rocket propellant via a biotechnology-enabled situ resource utilization strategy”, published in the Nature Communications journal, researchers from the Georgia Institute of Technology outlined a concept that will allow humans to create rocket fuel on Mars using the planet’s native resources. These include carbon dioxide (CO2), sunlight, and frozen water, all of which are already known to be available on the Red Planet.

Other than these, the researchers mention that humans need to transport two microbes from Earth, which are not available on Mars. One of them would be cyanobacteria (algae) and the other would be an engineered E. coli (Escherichia coli). The algae would be used to convert the atmospheric CO2 into sugar. The sugar particles would be then be converted into a rocket propellant, specific to Mars. The result would be called 2,3-butanediol that currently already exists on Earth and is used to produce polymers for rubber production.

Currently, scientists plan to use Liquid Oxygen (LOX) and methane for rocket engines departing Mars. Neither methane nor LOX exists on Mars, which means humans would need to transport the resources to Mars. This could cost up to $8 billion. So, to reduce this cost, NASA has proposed to convert Martian CO2 into LOX using chemical catalysis. However, this would still require the methane to be transported to the Red Planet.

However, to further cut down costs, the researchers from the Georgia Institute of Technology have proposed the aforementioned process to biologically produce Martian rocket fuel on the planet itself. It would drastically reduce the cost of the mission. Furthermore, the proposed bio-ISRU process generates 44 tons of excess clean oxygen that could be used for other necessary purposes on Earth. Also, the process uses 32% less power than NASA’s method of converting Martian CO2 into LOX using chemical catalysis.

“Carbon dioxide is one of the only resources available on Mars. Knowing that biology is especially good at converting CO2 into useful products makes it a good fit for creating rocket fuel,” Nick Kruyer, the first author of the study and a Ph. D recipient from Georgia Institute of Technology’s School of Chemical and Biomolecular Engineering (ChBE), said in a statement.

The researchers propose that the initiation of the conversion process would first require transporting plastic materials to Mars. These will be assembled into photobioreactors that would be as big as four football fields.

Cyanobacteria (algae) would grow inside the reactors using the photosynthesis process. These algae would be broken down to sugar using enzymes and then they would be fed to the E. coli, which would convert them into rocket propellant. The researchers plan to use advanced separation techniques to separate the propellant from the E. coli fermentation broth.

The concept is developed by various researchers of the Georgia Institute. Various chemists and all kinds of engineers, including chemical, mechanical, and aerospace engineers, were involved in the study. Although humans have not yet landed on Mars, the researchers think that Mars colonization would require technological advances to enable astronauts to safely return to Earth in the future.