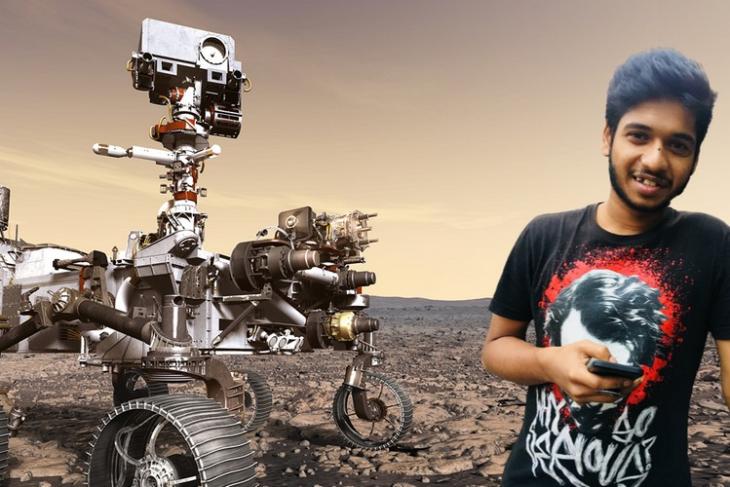 Ever since NASA started to eye Mars as a potentially habitable planet, I have been wondering if we will one day be able to live on Mars. If we do, how will our pictures come out on the red planet? It is a weird thought, I know, but surprisingly, NASA has thought about this too. It has created a tool that lets you superimpose yourself or anyone, for that matter, on a real picture of Mars taken by the Perseverance Rover.

Now, if you are not living under a rock, then there is a high chance you have heard of NASA’s Mars mission. The space organization launched a robotic rover to the red planet back in July 2020 and the SUV-sized rover named “Perseverance” successfully landed on the alien planet just recently. Since then, NASA has released various pictures showcasing Mars’ red-colored landscapes and environment.

So, apart from using the breathtaking Mars pictures for research, NASA is letting the general public use them as a backdrop for their pictures.

The space organization, on its official website, created a dedicated tool to put yourself and/ or your loved ones on to a real picture of the Mars landscapes. Dubbed “Mars Perseverance Photo Booth”, the tool allows anyone to use various Mars pictures by NASA, including the ones taken by Perseverance, as backdrops for their pictures.

So, you can select a picture of Mars landscapes, upload an image of yourself and let the tool do the work. Upon completion, you will get a picture of you and/or your companion standing on the alien planet, in front of the red landscapes of Mars.

To test it out, I used the tool to generate some pictures. You can check out a couple of those right below: 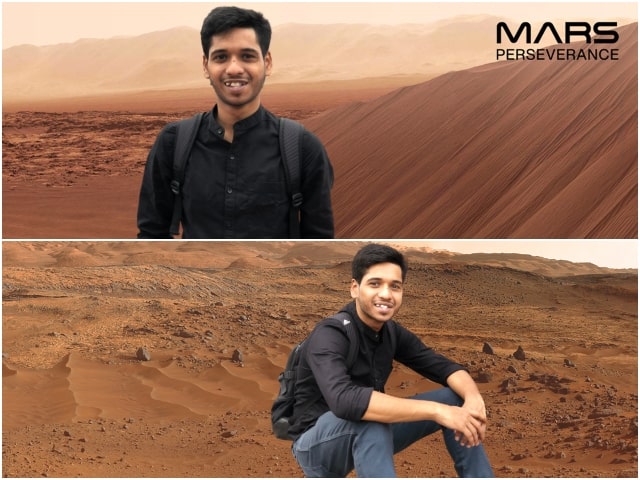 Now, do keep in mind that there will be a “Mars Perseverance” watermark on the pictures which you cannot remove. The pictures, however, come out great.

The tool does a great job in cutting out the subject for the images. There are minimal issues with edge-detection, although the tool struggles a bit with cluttered images.

So, if you too want to try out the tool, you can head to NASA’s official website and generate your own Mars picture. This way, you could tell your little ones that you went to Mars for a trip and came back with no gifts for them as there are no shops on the alien planet – well, not yet. Either way, it is a fun tool!