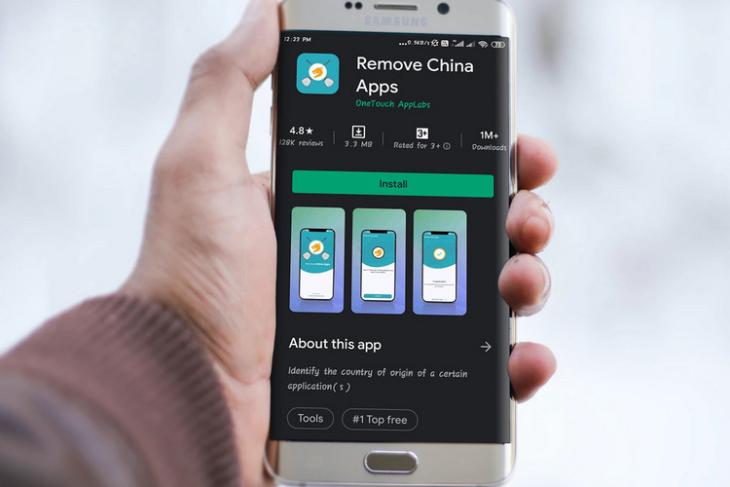 Amidst anti-China sentiments sweeping through India, a new app claiming to cleanse your phone of all “China apps” has jumped to the top-spot on the Play Store in the country. Called Remove China Apps, the software claims to “identify the country of origin of certain applications”. It is published by Jaipur-based OneTouch AppLabs, and went live on the Play Store on May 17. Since then, the app has been downloaded more than 1 million (10 lakh) times, and has an enviable rating of 4.8.

‘Remove China Apps’ is a free software that claims to identify apps offered by Chinese companies. The developers claim that the app is “for educational purposes only”, and isn’t intended to “force people to uninstall any of the application(s)”. Interestingly, it seems to detect only third-party Chinese apps, like TikTok, but not pre-installed apps from Chinese smartphone vendors.

‘Remove China Apps’ has gone viral at a time when anti-China sentiments are at an all-time high, not only in India but around the world. While the Chinese government’s initial handling of the coronavirus outbreak in Wuhan last year has a lot to do with the negative sentiments, various conspiracy theories being spread by right-wing groups in the US and India have also contributed generously to it.

In India, YouTube vs TikTok row resulted in mass-downvoting of TikTok that reduced the app’s rating from 4.5 to 1.9 before Google deleted the spammy downvotes to restore the rating back up to 4.4. Of course, recent reports of Chinese incursions into Indian territory in Ladakh are also fueling the anti-China flames in the country.

In an ironic turn of events, the ‘Remove China Apps’ app has been removed from the Play Store by Google. The company hasn’t cited any reason for this decision. Although it must have given a reason to the developer, One Touch App Labs, for this decision, the developer hasn’t shared it with the public.

One Touch App Labs announced that the app is no longer on the Play Store in a tweet.

Google has suspended our #RemoveChinaApps from google play store.
Thank you all for your support in past 2 weeks.
"You Are Awesome"