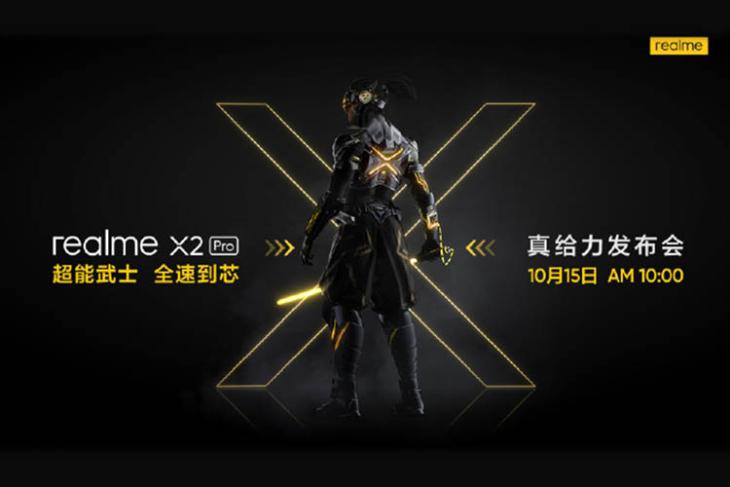 Realme is all set to release its upcoming flagship Realme X2 Pro in China on October 15, and today, the company’s CEO Madhav Sheth has confirmed in a tweet that the device will be making its way to India in December this year.

That seems like a pretty long wait, but it may well be a wait worth having. The Realme X2 Pro looks like it’ll be a great flagship device, with the company having confirmed some top-of-the-line specs for it. There will be the Snapdragon 855+ and a 90Hz display in tow on the phone — something that’s almost become a trend with flagships these days. The company has also confirmed that the device will come with dual stereo speakers with Dolby Atmos support, a 64MP primary rear camera, and 50W charging support on the X2 Pro.

It's official now! We are bringing #realmeX2Pro to India in Dec. Time to rethink flagships. Get ready for #FasterSharperBolder.
2K RT in 30mins – to win one SD 855+, 90hz display flagship
5K RT in a day & I will giveaway one more

Apart from that, we got a look at the Realme X2 Pro thanks to a Realme executive posting a poster for the phone on Weibo where we can see the quad camera set-up on the back, along with a gradient finish.

Earlier, we got some more details about the upcoming Realme flagship courtesy of a TENAA listing of the phone among other leaks, which showed the device having a 6.5-inch FullHD display, with an in-display fingerprint scanner and a 16MP selfie shooter.

The launch event for the Realme X2 Pro is set for October 15 at 10AM in China, and we’ll be covering the launch, so stay tuned.