Skip to content
Home News Realme Buds Air Pro with ANC, Up to 25 Hours of Battery Life Launched at Rs. 4,999 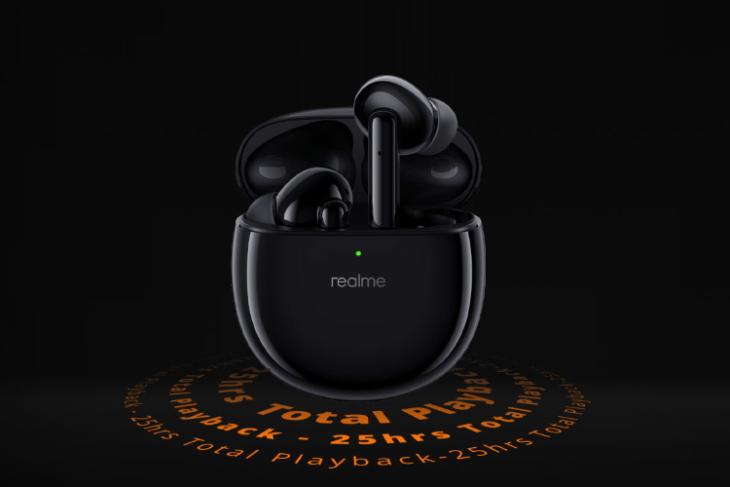 Starting off with the design, the Realme Buds Air Pro offers a more rounded charging case (similar to Vivo Neo TWS) and in-ear-style earbuds as opposed to the half in-ear design of the previous-gen Buds Air TWS earphones. You still have an LED indicator and Realme branding on the front, along with a USB Type-C port for charging on the rear.

The earbuds come equipped with a 10mm Bass Boost driver as opposed to the bigger 12mm and 13mm drivers found aboard its predecessors. They also feature an IPX4 water resistance rating, so you can wear it during gym sessions and light rains. Each earbud weighs merely 5 grams while the charging case, which packs a 486mAh battery, weighs 39.5 grams. 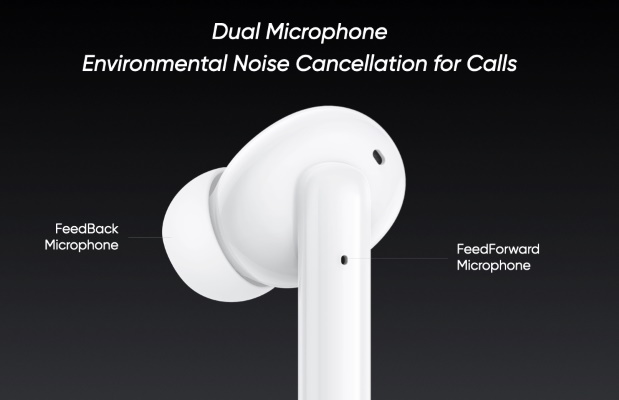 The highlight of the Realme Buds Air Pro is Active Noise Cancellation (ANC) support. The earbuds support two microphones (a feed-back and feed-forward microphone) to offer noise cancellation up to 35dB. It’s backed by a custom 28nm S1 noise cancellation chip that Realme has baked into these earbuds.

You can enable or disable the ANC feature via the Realme Link app. The earbuds also support a new Transparency Mode that lets you hear the outside world, a Bass Boost+ Mode for powerful bass, and a Game Mode that brings the latency down to just 94ms. The earbuds connect over Bluetooth 5.0, support wear detection, touch controls, and SBC/ AAC codec. 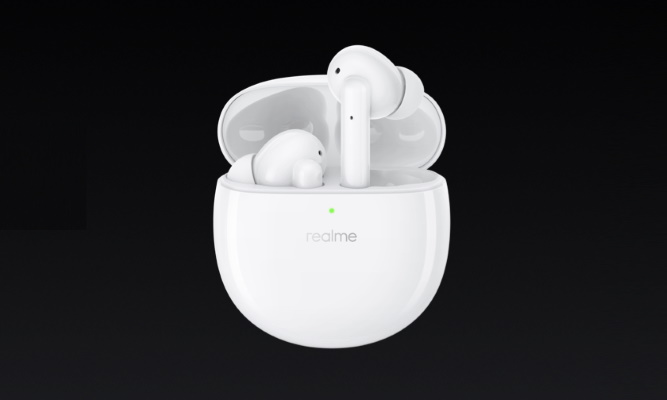 How long does the battery last? Well, Realme claims that the Buds Air Pro can last up to 5 hours on a single charge. You will get a total playback time of 25 hours with ANC off and it drops down to 20 hours with ANC turned on. This is great for a pair of affordable TWS earbuds, out here trying to compete with Apple’s AirPods Pro.

As for charging times, the earbuds take close to 1 hour to fully charge when placed in the case. Realme claims that you can get 3 hours of playback with just 10 minutes of charge though.

Realme Buds Air Pro has been priced at Rs. 4,999 in India. It will be available in two classic color variants, namely Soul White and Rock Black, in India. It goes on sale starting from 16th October on Realme.com and Flipkart. You can grab these new TWS earbuds for Rs. 4,499 during the first sale.