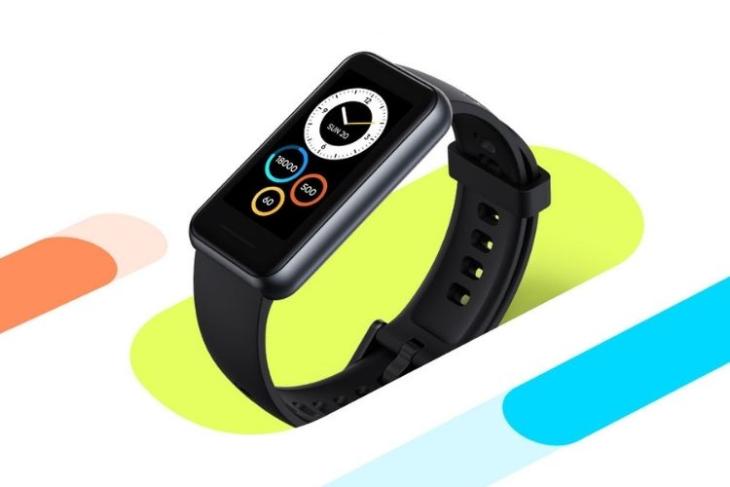 After stepping into the fitness band category with the launch of the Realme Band earlier last year, Realme is now gearing up to launch its successor, the Realme Band 2, in Malaysia tomorrow. We have already seen renders of the device leak earlier this year. Now, the official Realme Malaysia website has revealed the design and price of the Realme Band 2 ahead of its launch.

As per Realme Malaysia’s Facebook handle, the company will release its second-gen fitness band in Malaysia tomorrow (September 15). However, as spotted by my colleague Anmol, it seems like Realme has mistakenly listed the product along with the official price on its website in Malaysia. While the product is listed on the navigation bar at the top, we weren’t able to access the product page.

So, according to this sighting on Realme’s Malaysian website, the Realme Band 2 will be priced at RM 169, which roughly translates to Rs. 2,999. Although the device might be priced a bit lower when it launches in India, this is how much it will cost in Malaysia.

Now, coming to the key specs and features of the Realme Band 2, the company has confirmed that the upcoming fitness band will feature a 1.4-inch color display, which is bigger than the 0.96-inch display on the first-gen Band. Moreover, unlike its predecessor, Band 2 looks more like a premium smartwatch rather than a fitness band.

Realme Band 2 holds an uncanny resemblance to the Huawei Band 6 in terms of design. However, the display here does not stretch from edge to edge and has an interaction button at the bottom. It’s disappointing to see that Realme does not offer a touch-enabled display on its upcoming fitness band. Other than this, the device might come with a pogo pin-based charging system, unlike the original Realme Band’s direct-connect charging system.

Moreover, the upcoming fitness band is rumored to come with Bluetooth 5.1 technology support, which is a major upgrade as compared to Bluetooth 4.2 on its predecessor. Other than this, there is no other information about the Realme Band 2 available as of now. However, we will know more about the specs and other health-focused features once Realme officially unveils the product in Malaysia tomorrow. Stay tuned for more updates.