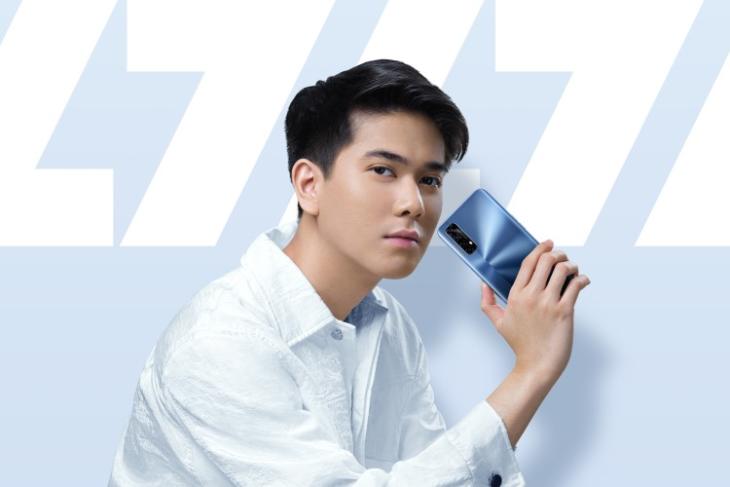 Realme recently unveiled the Realme 7 and 7 Pro in India. The company is, however, ready to take the wraps off its younger sibling, the Realme 7i, in Indonesia next week. Realme today confirmed that the Realme 7i will debut alongside the vanilla Realme 7 on 17th September.

The company took to Facebook to announce the official launch date. Realme has set up a dedicated microsite for the upcoming devices but it only shines a light on the Realme 7’s specs, which we are already familiar with. The only hardware spec of the Realme 7i that appears to have been confirmed by the teaser poster is the presence of a 64MP primary camera on the rear.

Though the company does not reveal anything about the Realme 7i, well-known tipster Mukul Sharma (aka stufflistings) has shared the key specs of the upcoming device. The Realme 7i will feature a 6.5-inch HD+ LCD panel with a 90Hz refresh rate and 1600 x 720 resolution.

You can also see how the Realme 7i might look like in the renders below. It appears to be a successor to the Realme Narzo 10 in terms of design, complete with a rectangular camera cutout and a capacitive fingerprint sensor. 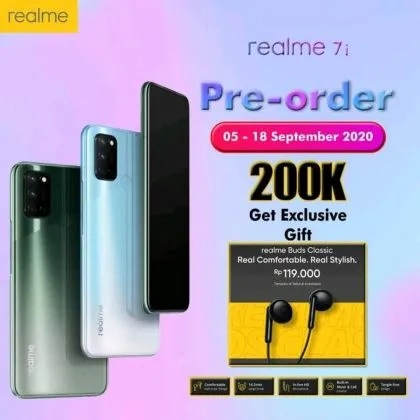 The tipster further suggests that the Realme 7i will be powered by the Snapdragon 662 SoC, coupled with up to 8GB of RAM and 128GB of built-in storage. The quad-camera setup on the rear will be helmed by a 64MP primary sensor, possibly making it one of the most affordable 64MP camera phones until date. You will also find an 8MP ultra-wide, a 2MP macro, and a 2MP depth sensor onboard.

Realme 7i is also rumored to include a 5,000mAh battery pack with 18W fast-charging support out-of-the-box. It will also run Android 10-based Realme UI, whose feature set you can check out right here. My best guess would be that the Realme 7i will arrive as the much-rumored Narzo 20 in India.