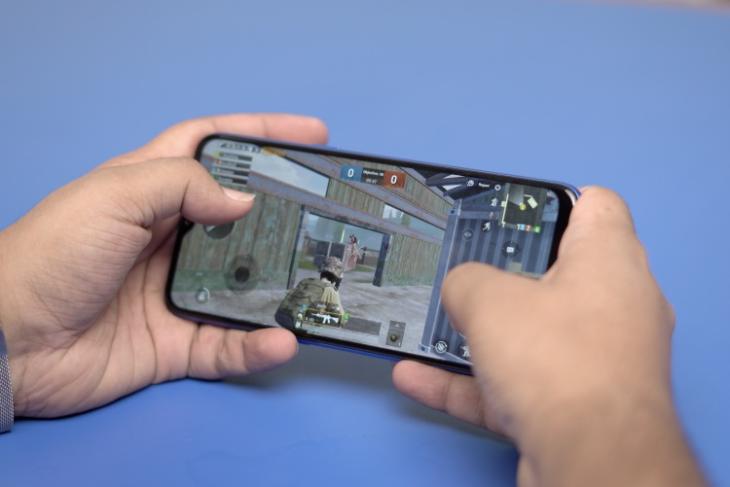 Realme today made the leap from dual-camera phones straight to quad-cameras. The Chinese giant not only launched its first-ever set of quad-camera phones but also gave users the most affordable quad-camera phone. Yes, Realme 5 is the cheapest device to feature four rear cameras but that’s not all. It’s also the first smartphone to debut with Snapdragon 665 chipset in tow.

Now that we are well acquainted with the basics of the Snapdragon 665 chipset, let us check out its benchmark scores and see how it compares to Snapdragon 660. Do be on your toes though as there are a lot of surprises in store.

Snapdragon 665 comes as a minor refinement of the Snapdragon 660, so one obviously expects the former to trump the latter on paper. This, however, isn’t true as the AnTuTu score of the Realme 5 is lower than that of the Redmi Note 7S. And the difference is not just of a few hundred points but instead thousands of points, which makes me question Qualcomm’s intentions for releasing the Snapdragon 665.

Snapdragon 665 may be built on the advanced 11nm process node, but it uses the same Kryo 260 cores and the lower clock speed doesn’t seem to be doing wonders for it. You’ll most likely get the same performance out of the Snapdragon 665-powered Realme 5 as any other Snapdragon 660-backed smartphone. The raw processing power for these two chipsets is quite comparable on paper, as you can see right here:

The streak of surprises doesn’t end there. I thought the Adreno 610 GPU on Snapdragon 665 chipset would surely be more powerful than the Adreno 512 GPU on the Snapdragon 660 chipset. However, that wasn’t the case when we ran the 3DMark Sling Shot Extreme on the Redmi Note 7S and Realme 5. The former appears to handle a graphics-intensive task better than the latter, which is a bummer, to be honest.

I know a lot of you must be thinking that the Snapdragon 665 should offer higher scores than its predecessor and the Realme 5 may not be well-optimized. Well, this thought did cross my mind, so I decided to run the benchmark tests on the newly launched Mi A3 as well. And surprisingly, the result remains largely the same and we are in awe of the fact whether Snapdragon 665 truly is an upgrade over the Snapdragon 66 or not. Check out benchmark scores for the Mi A3 right here:

In the brief time that I spent with the Realme 5, the smartphone felt a little lackluster on the performance front. Snapdragon 665 feels breezy for daily use and I didn’t notice any stutters while testing out the smartphones – both the Realme 5 and Mi A3. Moving to the gaming front, well, there seems to be something wrong with PUBG Mobile or Snapdragon 665 as the game assumes low graphics setting by default. But in reality, it does not.

PUBG Mobile runs on medium graphics setting by default and I’d discovered that when I checked on the settings in the middle of a Team Deathmatch. So, don’t be disappointed with the low graphics setting pop-up after the login page. The gameplay on the medium graphics setting is pretty good (we tested the frame rates using the GameBench app for our peace of mind and they were consistent) and you can take down enemies without any problems. I also played the game on high settings and there was a little bit of stutter, so the overall gameplay looks pretty fine. We also tried out Asphalt 9 on the Realme 5 and have come across minor stutter when you land or perform a 360-degree spin.

Ultimately, I found the Snapdragon 665 chipset aboard the Realme 5 and Mi A3 to be a massive let down when you compare it to Snapdragon 660 — especially on paper. Your smartphone powered by the newer chipset would most likely run smoothly on the daily, along with performance good enough for a sub-Rs 10,000 smartphone. What are your thoughts on the Snapdragon 665 though? Not really the upgrade we expected, right? Comment your opinions down below.