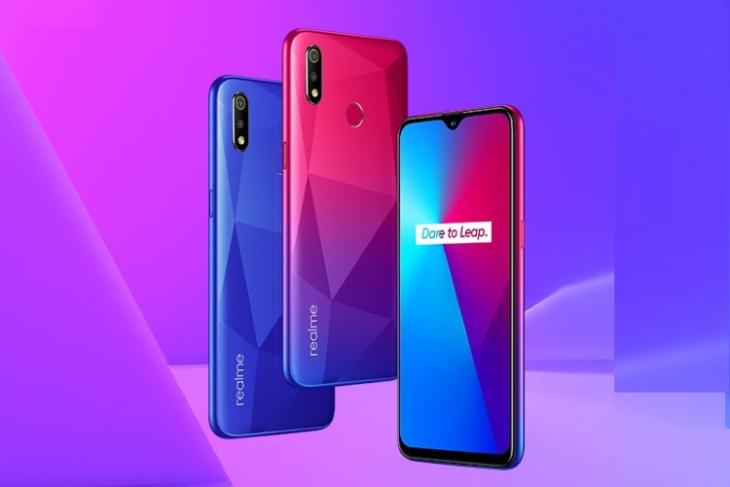 Alongside the much-awaited Realme X launch in India, the Chinese giant has decided to expand its budget portfolio with the Realme 3i. The company had been teasing this new smartphone for quite some time now and it’s finally here. Realme 3i is the latest budget smartphone with Helio P60 chipset, dual cameras, and an attractive diamond cut design from the company.

Realme 3i: Price and Availability

Realme 3i will be available in 3 vibrant color variants, namely Diamond Black, Blue, and Red. The smartphone will go on sale from 23rd July exclusively on Flipkart and Realme’s website.

Realme 3i: Specs and Features

Realme 3i can be seen as a slimmed down version of the Realme 3, which was launched earlier this year but with all the perks of a modern phone. It looks like its elder sibling but the company has now upgraded the gradient rear panel on the Realme 3 with its signature diamond cut pattern, which sure looks great. You will find the physical fingerprint scanner sitting at the center on the rear.

The smartphone looks the same on the front as well and sports a 6.22-inch HD+ IPS LCD display with a dewdrop design. It has a 19.5:9 aspect ratio and 88.30% screen-to-body ratio, which sure is great for a budget smartphone. There’s a 13MP (f/2.0) selfie camera baked into the dewdrop notch here.

Realme 3i is powered by the MediaTek Helio P60 chipset, which is the same chipset we have already seen on the company’s first smartphone – Realme 1. It’s a decent budget chipset and should be able to handle most of your daily tasks. There’s up to 4GB of RAM and 64GB of storage onboard. 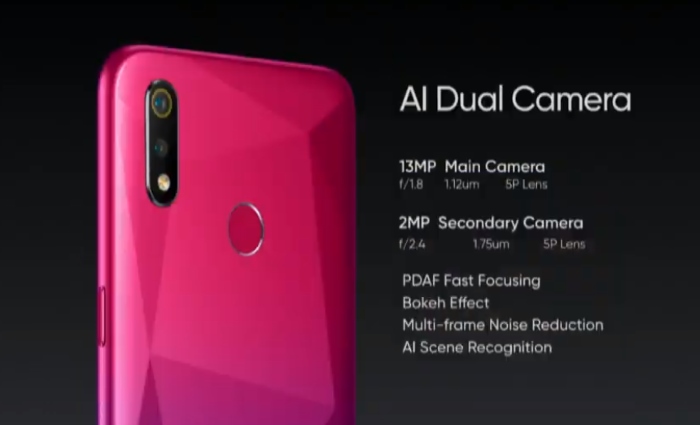 As for the camera department, Realme 3i comes equipped with dual rear-camera setup sporting a 13MP (f/1.8) primary lens and secondary 2MP (f/2.4) depth sensor. You get a bokeh effect, Nightscape Mode, and Chrome Boost feature among other modes.

The smartphone also features a large 4,230mAh battery, Android 9 Pie-based ColorOS 6 onboard. You also get a triple-slot SIM tray with a dedicated microSD card support. This means Realme is yet again taking on a Redmi smartphone in India, which is the Redmi 7 here.