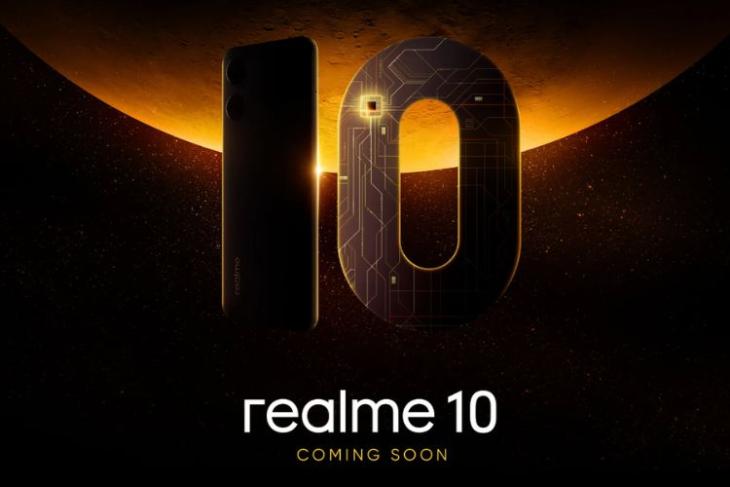 After recently introducing the Realme 10 Pro and the Realme 10 Pro+ in India, the company is now set to launch the standard Realme 10. The phone is now being officially teased, thus, giving us an inkling that it will arrive soon.

Realme’s recent tweet suggests that the Realme 10 is coming soon to India. As per the teaser, the phone is expected to showcase an ‘epic performance.’ The company has also released a microsite for the same, suggesting that the launch will happen in a few days. However, we still lack a launch date.

The teaser image on the microsite hints at a flat-edge design. It is also expected to be the 4G variant. To recall, the Realme 10 first launched globally last month. To recall, the phone features big rear camera housings and a punch-hole display.

The AMOLED display spans 6.4 inches and comes with a Full HD+ screen resolution. It also supports a 90Hz refresh rate. The Realme 10 is powered by the MediaTek Helio G99 SoC, paired with up to 8GB of RAM and 256GB of storage. There’s support for extended RAM (of up to 8GB) too.

As for the cameras, there’s a 50MP primary shooter and a 2MP depth sensor, along with a 16MP selfie camera. The device has a 5,000mAh battery onboard, which supports 33W fast charging. The Realme 10 also supports Hi-Res audio, a side-mounted fingerprint scanner, and more. It runs Android 12-based Realme UI 3.0 and it remains to be seen if the Indian variant gets Android 13.

More details regarding the upcoming Realme 10 should be out soon. There’s no word on the price either but it could start at under Rs 20,000. We will let you know once Realme reveals new information. So, stay tuned.