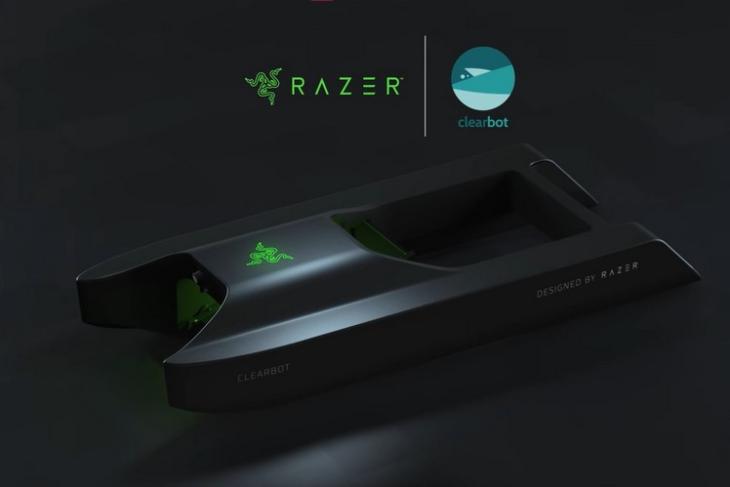 The rising amount of plastic wastes in the oceans is not something new in today’s world. Each year, as per reports, oceans and seas around the world get filled with 11 million tons of plastic waste. Citing this global issue and to prevent further accumulation of plastic waste in the natural water bodies, Razer announced a partnership with Clearbot to develop a water drone to collect plastic waste from the ocean and recycle them.

For the unaware, Clearbot has been developing robots to clean the oceans and seas to achieve its goal of removing 100 tons of waste by 2022. Now, with the collaboration with Razer, a popular name in the gaming industry, Clearbot aims to develop and manufacture more scalable and marketable bots to clean the waters.

Both the companies have been working for the past months to develop a special water drone to clean water bodies. Razer recently made the announcement to celebrate World Oceans Day. You can check out an official announcement video from the company right below.

According to Clearbot, the ocean-cleaning robot will leverage an onboard camera sensor and Vision AI technologies to detect trash in water bodies. Following detection, the robot will collect the trash and bring it to the shore. Plus, Razer will also work with other recycling organizations to turn the collected waste into recycled materials.

Furthermore, Razer and Clearbot’s robot will also collect crucial data about ocean pollution whilst doing its cleanup job. The ocean cleaning robot would be able to collect up to 1000GB of data about the rising pollution in the oceans to help future researches.

The Razer x Clearbot robot will be able to self-navigate through the oceans and seas using its onboard AI capabilities. And, it will be able to do all of these tasks without contributing more to the existing pollution as the robotic vehicle will be completely solar-powered.

Now, coming to the question of when Razer and Clearbot will deploy the ocean cleaner in the real world, there is currently no word on that yet. However, it is always exciting to see companies step up to make the world a better place for future generations.