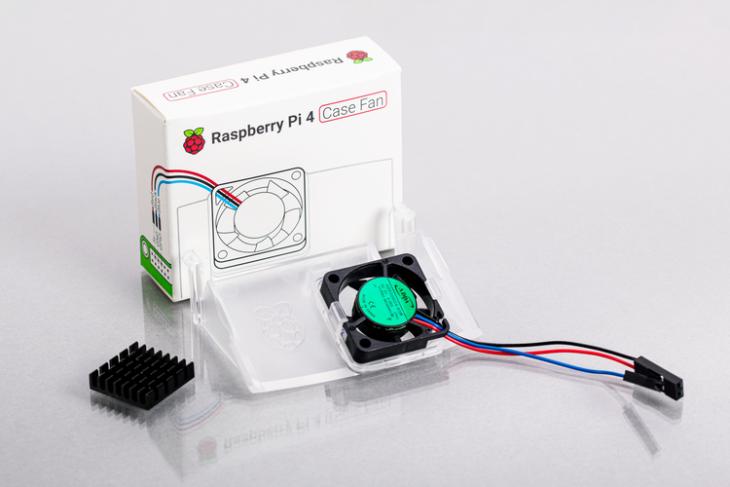 Raspberry Pi Foundation has added yet another product to its lineup before wrapping up the year. The latest gadget on the list is an official case fan accessory compatible with Raspberry Pi 4 that launched earlier this year.

Raspberry Pi 4 case fan attaches to the lid of the official Pi 4 case. It offers up to 1.4CFM of airflow over the processor, memory, and power management IC. According to the blog post, the case fan draws air in via the USB and Ethernet connectors, passes it through the small heatsink attached to the processor, and exhausts it through the SD card slot.

The official case fan should come in handy to avoid thermal throttling and maintain an ideal temperature on Pi 4. In its blog post, the company highlights how the official case fan helped Pi 4 remain below 70°C as opposed to 80°C followed by thermal throttling without the fan at the same clock speed. Moreover, the performance matches what you get with an uncased board.

Since the use-case of Raspberry Pi 4 vastly differs due to the scope of Raspberry Pi 4 projects, an official case will be convenient for those with heavy workloads. Given the existence of an 8GB RAM model, adding a case fan should help facilitate workflows without taking a hit on the performance and thermals.

Raspberry Pi 4 case fan comes in a black color variant and is made of clear plastic. The fan costs $5 in the U.S and is available right now. You can get the fan at Rs.450 in India from Robu, one of the official Raspberry Pi resellers.