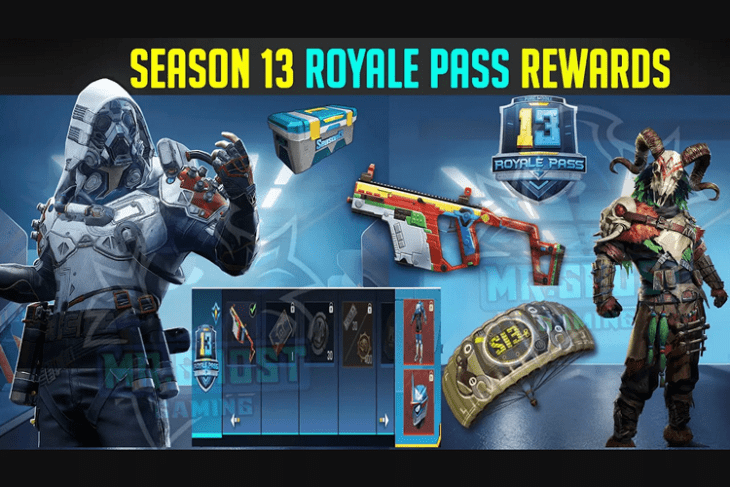 With Season 13 of PUBG Mobile all set to be released May 12th, most players are lapping up every bit of info that they can learn about the upcoming features, in-game items and more. The latest leak has now seemingly detailed a whole bunch of information about the Season 13 Royale Pass items including new sets, characters, outfits, weapons and more.

The leaks, which come from YouTuber and noted PUBG Mobile dataminer, ‘Mr.Ghost Gaming’, suggest that the upcoming season will have a ‘Toy’ theme and will be called ‘Toys Playground’. It will also apparently add a new ‘Jungle Mode’ that will have something to do with balloons. It will also apparently add a ‘Safety Scramble’ mode that will feature two high-intensity zones – Blue and Purple. Another new addition will be an updated Miramar map, or Miramar 2.0, with racing tracks and more.

According to yet another gaming YouTuber, ‘ClassifiedYT’, the new season will also bring a number of new sets, including the Army Men set, Fire Ranger set, Nebula Hero set and Puppet Agent set and Rock ‘n’ Roll set. Some of the other rewards will include the Foxtrot emote, the Dynamic Wave Dance, the Pineapple Prince ornament, the Hotdogmobile motorcycle, the Wasteland Survivor Graffiti and more.

The Season 13 update will also bring new medals, including Ace Title, Conqueror Title and more. Some of the new weapons and skins in the new season will include Rock ‘n’ Roll AUG, Season 13 AUG, Toy Alliance Vector, P92 and Captain Hawk Smoke Grenade, among others. In addition, Flash Superman & Lava Superman will also be added as part of the upcoming season.