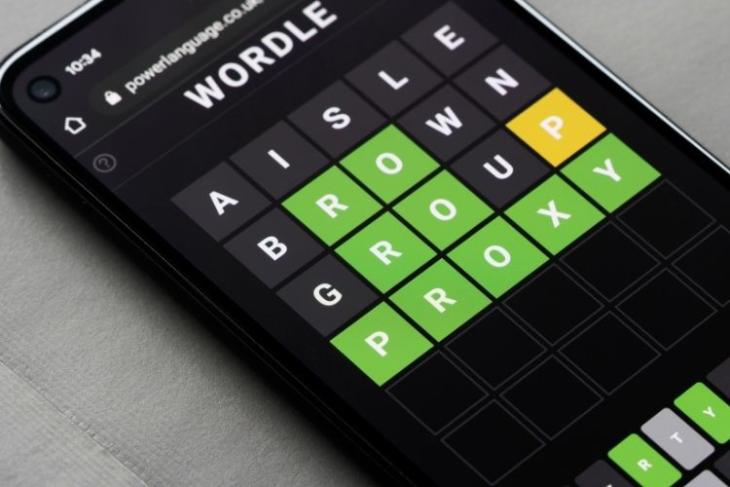 The popular word game Wordle, which has been taking the internet by storm, has been acquired by The New York Times for an “undisclosed price in the low seven figures.” Wordle will be a part of the Times Games and will join existing games such as Crossword, The Mini, and Spelling Bee.

Wordle will now be a part of The New York Times and will be available to play on the publication’s website for free. The game’s developer, Josh Wardle confirmed via a tweet that he will ensure that the players’ wins and streaks are preserved while the game moves under the NYT banner. The announcement was also made by NYT, which by the way, is behind a paywall!

Wardle, via the same tweet, says, “I’ve long admired The Times’s approach to the quality of their games and the respect with which they treat their players,” Mr. Wardle said. “Their values are aligned with mine on these matters and I’m thrilled that they will be stewards of the game moving forward.“

Although Wordle is confirmed to be a free play, it remains to be seen if this will be the case forever. Currently, games like The Crossword, The Mini Crossword, Spelling Bee, Tiles, Letter Boxed, and Vertex are available for free for a limited time and it’s advised that people subscribe to The New York Times to get unlimited access.

It also remains unknown whether or not Wordle will reach the New York Times Crossword app. If this happens, it will be easily playable on iOS and Android. For those who don’t know, Wordle is a browser-based game and doesn’t have a native iOS or Android app as of now. We will have to wait and watch to see how Wordle evolves under NYT.

To recall, Wordle recently grew to popularity after garnering lakhs of users in just a few months. Currently, the game’s user base is around a million. It is a simple puzzle that requires people to guess a word, and you only get 6 guesses. People can then also share their progress with others. You can further know about the game by following our complete guide about what is Wordle over here.

How to Reset Wordle Streak on iPhone and Android

Wordle on Nintendo’s Game Boy? This Guy Was Successful in Doing So!

The NYT Might Start Charging for Wordle Soon; Here’s How to Continue Playing It for Free!