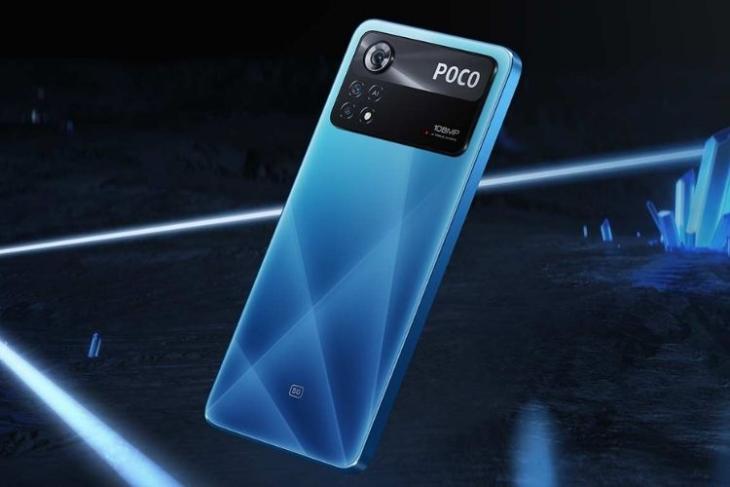 Poco recently began teasing the arrival of the Poco X4 Pro 5G in India, and after a teaser that made everyone guess, the company has finally revealed the Poco X4 Pro India launch date, which is March 28. The Poco X4 Pro is making its way to India after its initial debut during this year’s MWC event. Here are the details.

In an official tweet, Poco India has announced that the X4 Pro 5G will be unveiled via India’s first Mocap (Motion Capture) launch on March 28. The launch is scheduled for 12 pm IST. If you aren’t aware, Mocap means the capturing of the movements of objects, humans, and more. Hence, it would be interesting to see how the launch event turns out to be.

For those who don’t know, a previous cryptic tweet led people into believing that the phone will launch in India on April 10 due to the “10” and “4” in roman numerals. Turns out, it just meant “X4.”

The confirmation tweet also reveals that the Poco X4 Pro 5G will be available to buy exclusively via Flipkart, which has been the case with every Poco phone in the country.

Since the Poco X4 Pro is already available in the global markets, we know the spec sheet will be the same for its Indian variant. Hence, we will get a flat-edge design, a massive rear camera hump, which will also include the Poco branding, and a punch-hole display.

The phone sports a 6.67-inch Full HD+ AMOLED display with a 120Hz refresh rate, a touch sampling rate of 360Hz, 1200 nits of peak brightness, and Gorilla Glass 5 protection. It is powered by the Snapdragon 695 chipset, paired with up to 8GB of RAM and 256GB of storage.

Unlike the Poco X3 Pro, its successor includes a 108MP primary camera, an 8MP ultra-wide lens, and a 2MP macro camera at the back. There’s a 16MP selfie shooter onboard as well. The phone has a 5,000mAh battery with 67W fast charging, MIUI 13 based on Android 11 (sadly!), 5G support, NFC, dual stereo speakers, and more.

While the X4 Pro 5G price in India is still unknown, it is likely to fall under Rs 30,000. We will have to wait until launch day to get a better idea, so stay tuned for more information.