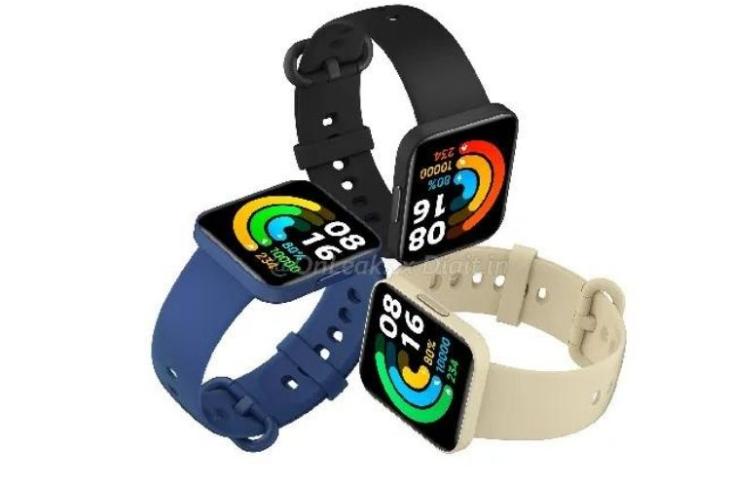 Poco is all set to foray into the AIoT segment (after much delay) and launch its first smartwatch ever, the Poco Watch. It is launching on April 26 in the global markets, as confirmed by the company itself, alongside the Poco F4 GT. Here’s what to expect from the upcoming Poco Watch.

Poco, via a recent tweet, has revealed that the Poco Watch is finally making its entry to “#Empoweryourfitnesseveryday.” The teaser image gives us a glimpse of the smartwatch, which will come with a square-shaped dial.

However, apart from this, not much is known about the product yet. Meanwhile, tipster OnLeaks (via Digit) has leaked some information on the Poco Watch as an idea of what it could be like.

It is suggested that the Poco Watch will sport a 1.6-inch AMOLED color curved display with support for various watch faces. Features like SpO2 monitoring, optical heart rate monitoring, 5ATM water resistance, and tons of fitness features are also expected. The Poco Watch could fall in the affordable price category, but we are yet to get an official on such details.

In addition, Poco has also teased the arrival of its first Genshin Impact Edition product, which is most likely the Poco Buds Pro. These Poco TWS earbuds will again be the company’s first audio product. While not much is known about them as of now, another report by Digit gives us some hints.

It is speculated that the Poco Buds will support ANC, IPX4 water resistance, up to 28 hours of playback time, and touch controls. The earbuds are said to come in a wireless charging-supported case and will likely be a rebranded version of the Redmi AirDots 3 Pro Genshin Impact Edition. You can have a look at its leaked image below.

Poco F4 GT Will Launch Too

The major attraction of the event will, however, be the Poco F4 GT. The phone will succeed the Poco F3 GT and is expected to be a rebadged version of the Redmi K50 Gaming Edition. It is confirmed to be powered by the Snapdragon 8 Gen 1 mobile platform. It will also feature a dual vapor chamber and magnetic pop-up triggers for enhanced gaming sessions.

Additional details are expected to include a 6.67-inch Full HD+ AMOLED display with a 120Hz refresh rate, 64MP triple rear cameras, a 4,700mAh battery with support for 120W fast charging, and more. To get a conclusive idea of all the upcoming Poco products, it’s best to wait and stay tuned to this space for we will keep you posted. Do let us know your thoughts on Poco’s first watch in the comments below.