Back in 2004, PSP (Play Station Portable) made a huge impact on gamers community, being able to provide Play Station 2 like visuals while being completely portable. It kept improving and survived for almost 10 years with its shipment ending in June 2014. We had some good times with it, but it couldn’t survive against today’s Smartphones with much better hardware and features.

If you can’t get a new PSP now that doesn’t mean you can’t play your good old favorite games on your Android phone. You can use a dedicated emulator to play your favorite PSP games right on your android phone with same graphics (or even better!).

The best emulator for this purpose is definitely PPSSPP. It is a completely free to use emulator and also very stable as compared to many other PSP emulators for Android. In this tutorial, we are going to show you how you can get PSP games and then use PPSSPP emulator to play them.

PPSSPP is an open source emulator that is completely free to use. It will let you play your favorite PSP games on Android phone in full HD resolution even when used on tablet or a bigger screen Android phone. You need to have Android version 2.3 and above. Apart from android, it also supports other platforms such as Windows, Linux and Blackberry, etc.

However, not all of the PSP games will work on PPSSPP. In the end, it depends on your Android phone hardware and whether the game is supported or not. Some of the games may work, but will have slower performance depending on the hardware specification of your phone.

Some of working games include:

PPSSPP just emulates the games, it doesn’t offer any built-in games or offer any way to download them. You will have to separately add the PSP game CSO/ISO file in your phone, so PPSSPP could load it.

How to Get a PSP Game ISO/CSO File

Before we show you how to use PPSSPP emulator to play PSP games, we need an actual game to do so.

The recommended (also Legal) method to get PSP game ISO is to create one from your PSP UMD (Universal Media Disc) disc.

Use PPSSPP to Play PSP Games

Download PPSSPP on your android phone and launch the app. The app comes with tons of customization options and added features to improve your gaming experience. All you need to do is tap on “Settings” and you will see all the available options. The options include Graphics, Audio, Controls, Networking and System. You can customize these options as you may please. 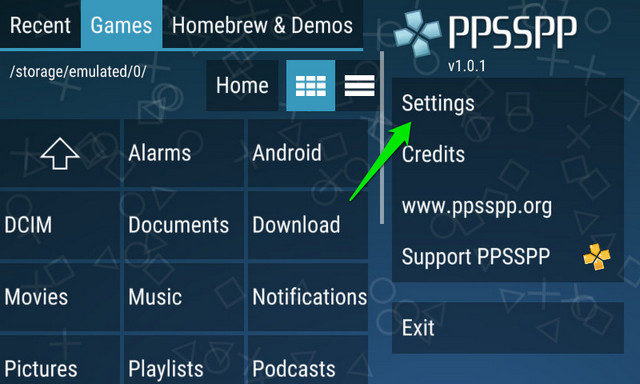 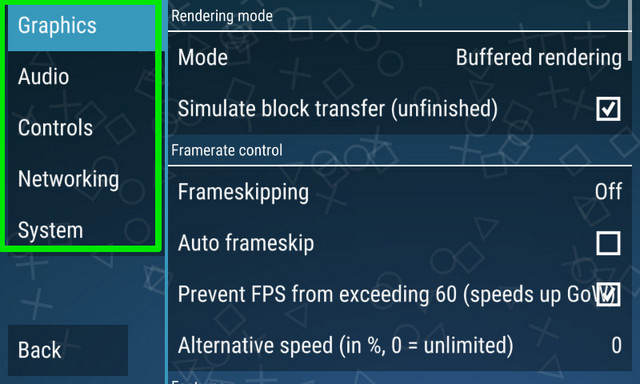 To find your added ISO file, tap on “Games” tab and from there, tap on the folder in which you added the ISO file. Once inside, all you need to do is tap on the game and it will load. 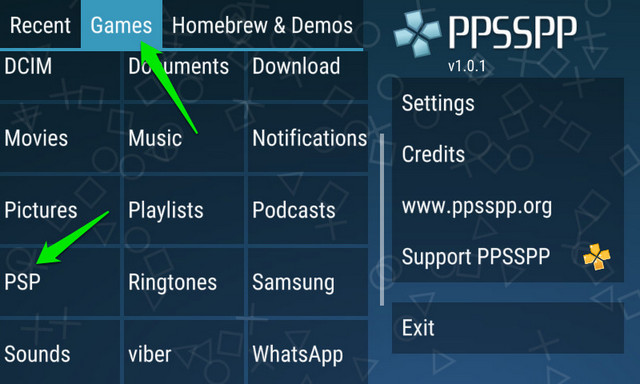 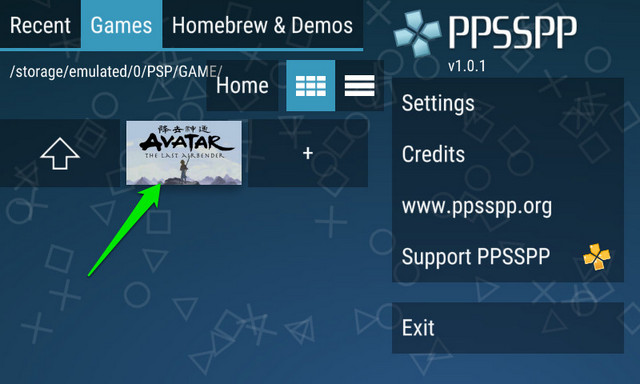 The PSP buttons will be displayed right on the screen and the touch screen will not work while playing a game. You can only interact with the game using these displayed buttons. There is an extra button which you will not find in the original PSP, “fast forward” button (with a side ways triangle on it). You can use this button to increase speed of your game, handy for games where you have to wait too much or speed up a slow game. 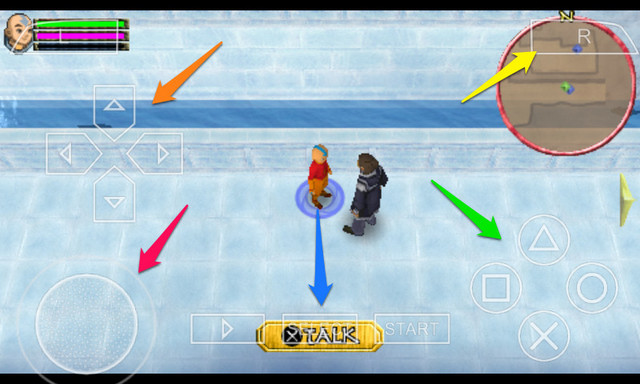 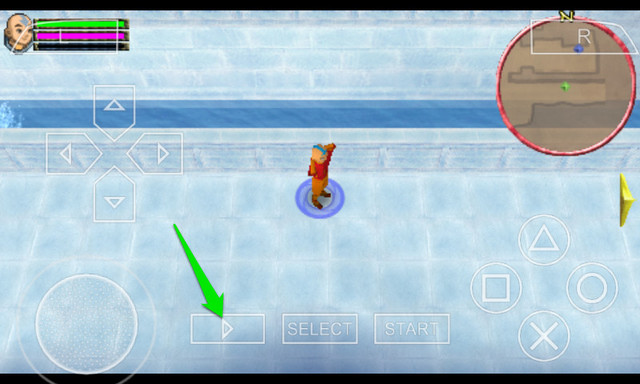 Your phone’s “Back” button will work as a menu button while playing a game. You can press it any time to access main menu. In the main menu, you can change game settings and also save the game state. This game “Save state” option is different from normal “Save” option of any PSP game. It will save the game in any state it is (even if battling a Boss!), unlike normal save option where you have to reach specific area to save. 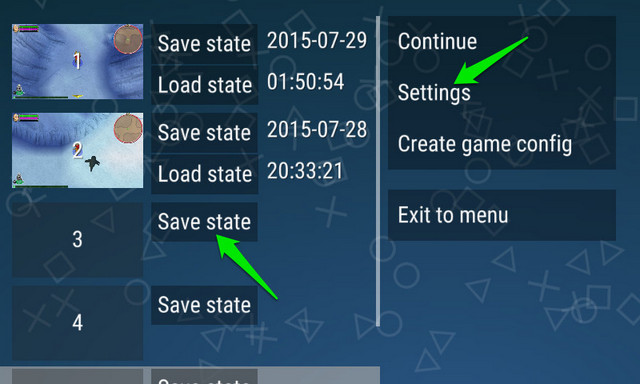 Tip: If a game is working a bit slower for you, then you can also tweak “Graphics” and “System” to speed it up. Here is an extensive guide on tweaking PPSSPP settings to gain maximum performance.

SEE ALSO: How To Play Android Games on PC

PPSSPP makes it very easy to play your Favorite PSP games on your Android phone. It might even give you enhanced experience as compared to the original PSP due to many extra features and ability to play games on bigger screen phones in full HD resolution.

Playing games using transparent touch buttons can be a bit uncomfortable. However, once you get used to it, you will surely have some amazing time.

Do share your experience with PPSSPP in the comments below.