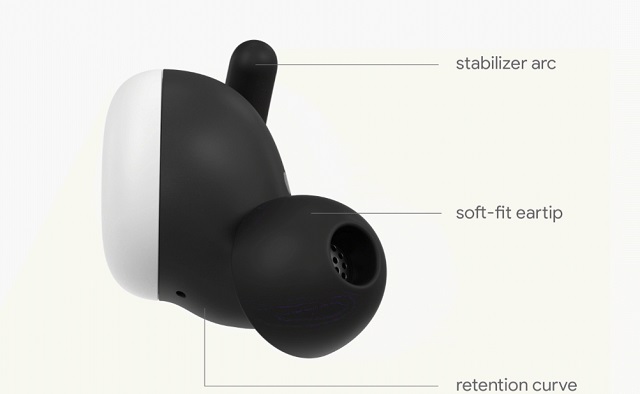 Pixel Buds are not only being made in more colors in the US but they are also bagging several new features to make them even better. The first feature drop (quarterly ritual for Pixel phones) for Pixel Buds is here and it brings new capabilities, including bass boost, transcribe mode for translations, and experimental attention alerts.

Google, in an official blog post, says that users want “more control and customization over their audio experience.” It’s addressing this request with the addition of a quick bass boost toggle, whose functioning should be clear from the name itself. Pixel Buds now also make sharing the buds more intuitive.

A new ‘sharing detection’ feature has been introduced with this feature drop. It can automatically detect that you’re sharing one earbud with someone and offers both of you individual volume controls via the touchpad on the earbuds. This means you can lower the volume, if that’s what you like, while your friend can rock to the latest BTS song at max volume.

While we are on the topic of earbuds and touch controls, the Pixel Buds settings now enable you to turn on and off the touch controls. Not just that, you can even ask the Google Assistant to do the same, thus, further simplifying the process. 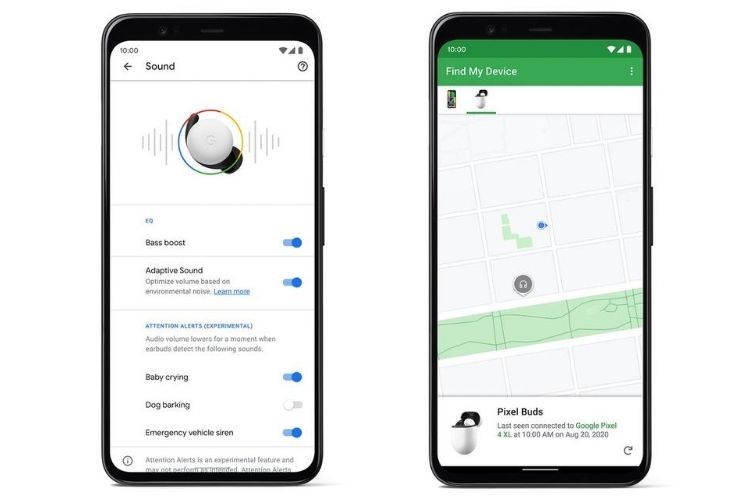 Another cool feature that Pixel Buds pick up with this update is dubbed ‘Transcribe Mode’. It allows you to read transcribed text on your phone at the same time that it’s being translated from one language to another via the Pixel Buds. It will be available for French, German, Italian, and Spanish speakers to translate English audio, to start with. The blog post mentions that transcription works best in a quiet environment when one person is speaking at a time.

Google is also testing an experimental ‘Attention Alerts’ feature, where the volume of Pixel Buds is lowered to notify users about important things. This would include dog barks, baby cries, or an emergency vehicle drive-by. The Find My Device feature also bags a minor update, now allowing you to see the location of the earbuds instead of simply trying to hear for audio coming from them.