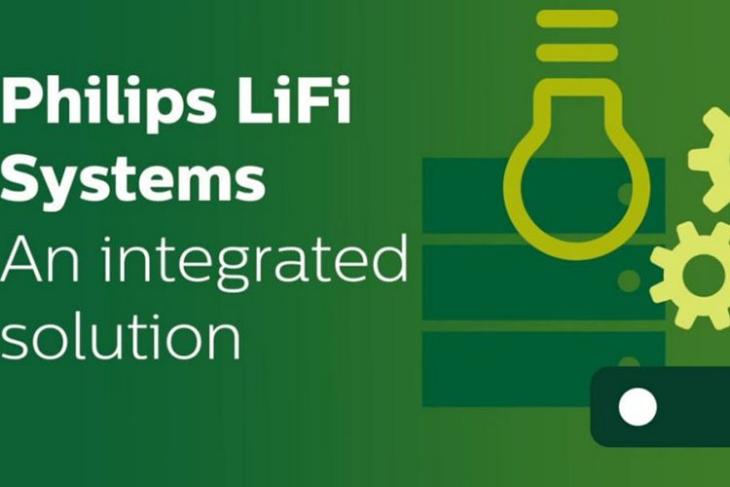 As part of its rapidly expanding IoT portfolio, Philips Lighting has announced the commercial launch of its Light Fidelity (LiFi) technology that enables high-speed broadband internet connections through light waves. The company claims to to be the first in the world to offer LiFi-enabled luminaires from its existing office lighting portfolio. 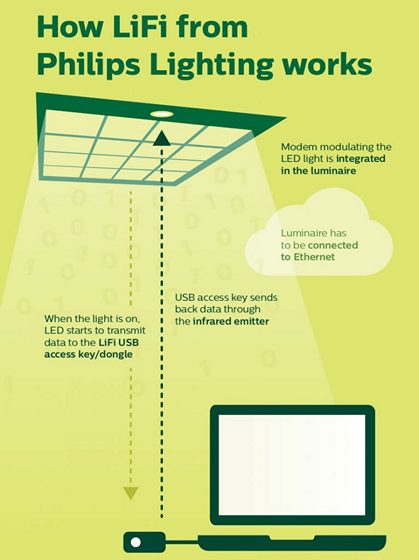 LiFi is a two-way, high-speed wireless technology similar to Wi-Fi, but one that uses the visible spectrum instead of radio frequencies to transmit data. The company says that the technology will be able to offer broadband connections with speeds of up to 30 Mbps without compromising on lighting quality. The speed is typically good enough to stream high bitrate Full HD videos without buffering.

The technology can rapidly gain momentum as an invaluable option in places like hospitals, where radio frequencies often interfere with medical equipment such as MRI scanners. It may also prove useful in basements, subway stations and underpasses, where wi-fi signals cannot reach or are weak.

In a statement released to the press, Olivia Qiu, the chief innovation officer at Philips Lighting expressed hope that the new technology will become an important means of connectivity for IoT devices, especially with the increasing congestion of radio frequencies around the world. “LiFi has enormous potential for today’s digital age and as the world’s leading lighting company we are proud to pioneer new and innovative services for our customers. While radio frequencies are becoming congested, the visible light spectrum is an untapped resource with a large bandwidth suitable for the stable simultaneous connection of a vast array of Internet of Things (IoT) devices,” she said.