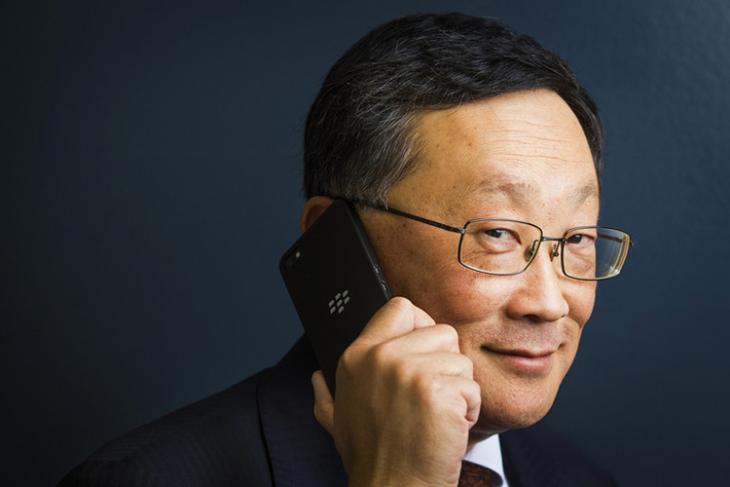 Back when it was a thing, BlackBerry phones shared the glory of a high-ranking executive in a black tuxedo with a black tie – everything neat, shiny, and flawless. But those were the days of the past and in recent times, BlackBerry has been relegated to a brand which people only talk about for the sake of nostalgia.

Surely many people would be amused by the idea of having the BlackBerry’s QWERTY lineup revived – but few will buy it if the past decade is anything to go by.

John Chen, the CEO of BlackBerry, fancies a different world. In the recent episode of Recode Decode podcast, Chen expressed desire to bring back those blockish BlackBerry phones – probably with a ‘retro’ branding. This, he believes, will be necessary in the “foreseeable” future as the need for smartphone security is only going to keep increasing.

BlackBerry has seen a steep fall – just like Symbian and Windows Phone – with the rise of Android’s popularity. Chen said that while the company itself does not plan to remake older phones simply for the nostalgia factor, he might be interested in contracting a “hardware partner to do this.”

He said that regulated industries or professionals who deal with a lot of secretive developments – imagine Apple employees using BlackBerry phones so the company does not have to use memos as reminders for not leaking confidential information. Chen said that since the phones will have the core purposes of privacy and security, they do not need to be fancy, or even expensive. He added that a good smartphone with these features could come for as low as $150-199, which might change the minds of many enterprise users who pay high premiums for security features on Android devices.

While Chen’s imagination may have run a bit too wild, it’s not completely implausible. Not too long ago, HTC’s co-founder said that smartphones in future could come in a variety of shapes apart from the rectangular slab-like designs mostly seen these days. And when it comes to smartphone brands, Nokia has come back from the dead to become a contender again, so anything is possible.