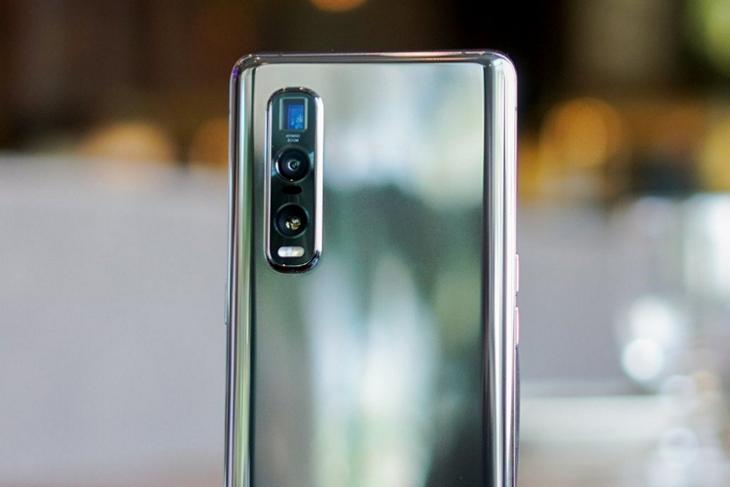 Oppo is all set to launch its flagship device, the Oppo Find X2 on March 6. The company has been teasing the handset over the past few weeks on its social media handles and now, live images of the device have surfaced online.

The live images leak is courtesy of Twitter user Sven who goes by the handle @Mutz1337. The device appears to have a glossy finish at the rear. The leaked images reveal the waterfall display, punch-hole selfie camera, and the rear camera setup of the Oppo Find X2 in all its glory.

From the looks of it, the camera bump appears to be significant and noticeable on the Find X2. Oppo has placed a periscope zoom lens that supports “hybrid zoom” as we see in the image. It is accompanied by two cameras and a dual-tone LED flash.

Alongside the Oppo Find X2, the company is also expected to launch its smartwatch with curved screen and 3D glass. The smartwatch was teased twice over the past few weeks. In one of the teasers, Oppo’s VP Brian Shen had mentioned that the company’s smartwatch could be the “most expensive smartwatch of the year”.

As always, since this is a leak, we suggest you take it with a pinch of salt. That said, we will be learning more about the handset next week when Oppo officially unveils the Find X2, so stay tuned.