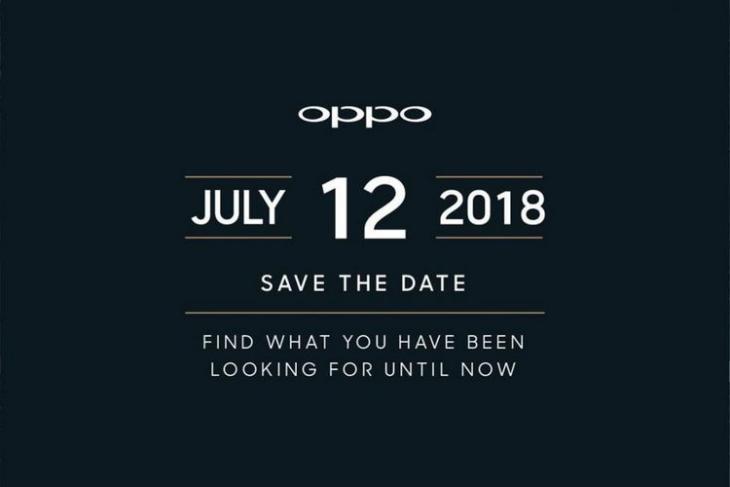 Oppo earlier today sent out media invites for a press conference the company is hosting in New Delhi on July 12, where it is expected to launch its latest flagship smartphone, the Find X, in the country.

It’s worth noting that the Oppo Find X is expected to go on sale in China immediately after its official announcement in a few hours time. It will also be the first Oppo smartphone to be launched in Europe and North America, although, details about its pricing and availability will only be revealed at the official launch event later today at the Louvre Museum in Paris, France.

Although the device is yet to be announced officially, we got our hands on the full spec-sheet yesterday, thanks to our source. And today, a hands-on video of the phone ahead of the announcement, revealed the key design elements of the futuristic-looking device.

The Oppo Find X, like the Vivo NEX, ditches the notch entirely, and opts instead, to have a clean, bezel-less, true full-screen display. The device also comes with a pop-up camera mechanism seen earlier on the NEX. However, unlike the Vivo device, where only the front-facing camera was put on a pop-up slider, the Find X has all three of its cameras mounted on the retractable system.

Also unlike the NEX, the Find X gives the fingerprint scanner a miss entirely, relying instead on the 3D facial scanning technology as its sole biometric authentication process of choice, just like the iPhone X. But apart from all the futuristic technology, the Oppo Find X also offers flagship-level hardware, as can be seen below:

How to Watch the Oppo Find X Launch Event

Oppo will live-stream the global launch of the Find X from Paris tonight, with the event scheduled to start at 8:45pm local time on June 19 (12:15am IST on June 20th). Once it starts, you’ll be able to watch the official live-stream in the video below.