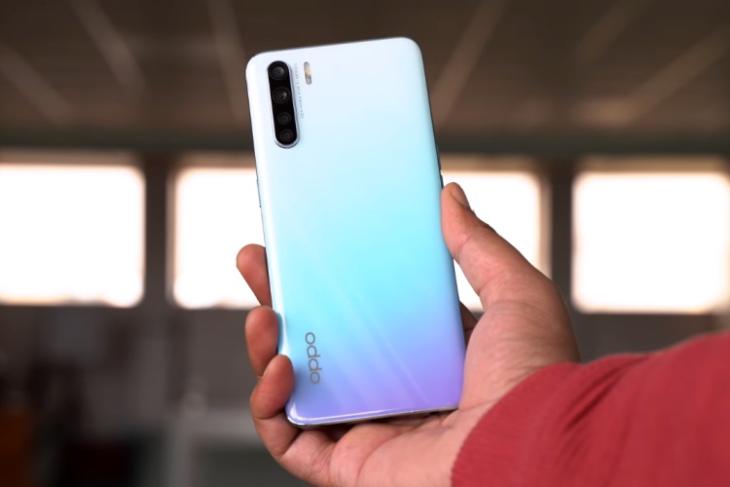 After teasing its latest F-series phone over the past couple of weeks, Oppo F15 has today launched in India. It’s the successor to last year’s Oppo F11 smartphone. The newest mid-range offering from the Chinese giant sports a sleek build, a modest chipset, 48MP quad-camera setup, and a lot more.

Starting off with the build and design, the Oppo F15 is just 7.9mm in thickness (which is pretty thin) and feels comfortable to hold. The attractive gradient design on the rear only adds to the charm, along with minimal branding and quad-rear cameras. 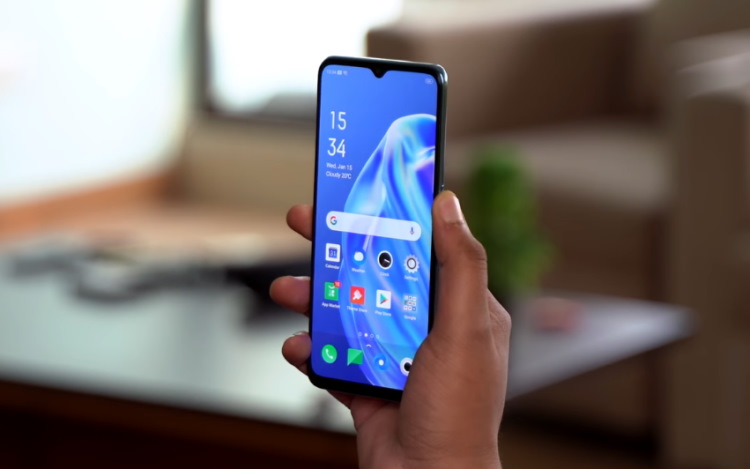 Oppo F15 features a 6.4-inch Full-HD+ AMOLED display with a resolution of 2400 × 1080pixel resolution and a 90.7 percent screen-to-body ratio. There’s a waterdrop notch up-top with a 16MP (f/2.0) selfie sensor on the front. Since there’s an AMOLED screen in tow, you will find a snappy in-display fingerprint sensor (unlocks in just 0.32 seconds) on board as well.

The smartphone is backed by the same MediaTek Helio P70 chipset as its predecessor. It has been coupled with 8GB RAM and 128GB internal storage, which is expandable up to 256GB via a dedicated microSD card. Oppo F15 runs ColorOS 6.1 based on Android 9 Pie out-of-the-box, which is just disappointing as the company is already rolling out Android 10-based ColorOS 7. You can check out when your older Oppo phone will get the update via this link right here. 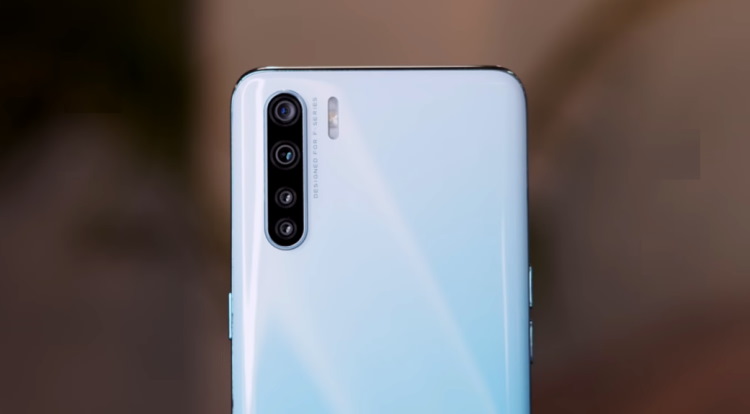 Moving on to the camera department, Oppo F15 sports a quad-camera setup on the rear. This includes a 48MP (f/1.7) primary camera, paired with an 8MP (f/2.25) ultra-wide-cum-macro lens with a 119-degree FOV, a 2MP mono lens, and a 2MP depth sensor. You have access to a variety of camera features including Night mode, AI Beauty video, and more.

Oppo F15 also comes equipped with a 4,000mAh battery along with VOOC 3.0 Flash Charge (20W) fast charging support. This means you will be able to juice up Oppo F15’s battery up to 50% in around 30 minutes.

Oppo F15 has been priced at Rs 19,990 for the single 8GB+128GB variant in India. The device will come in two attractive color variants namely Lightening Black and Unicorn White, with pre-orders open today on Amazon India, Flipkart, and offline stores. Oppo F15 will go on sale starting from January 24 next week, but I believe I don’t need to tell you whether you should go ahead and pick it up or not.