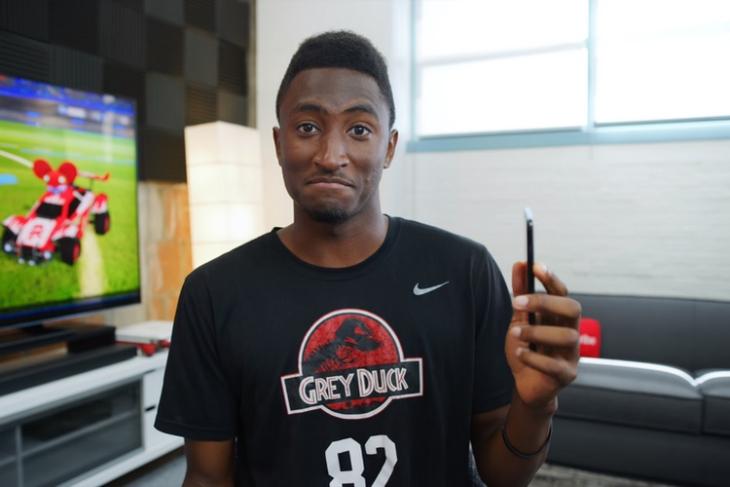 It appears that if you run a company and see a positive review of one of your products or services on YouTube, you can pay some dollars for it to use the video as an ad, even though the video was published independently. Well, at least that was the case with popular tech reviewer and YouTube personality, Marques Brownlee or MKBHD and his OnePlus 6 review video.

Brownlee recently posted OnePlus 6 video review, where he praised the device calling it ‘A+ for the price’ and a smartphone that offers a ‘killer balance of performance and features.’ OnePlus seemingly loved the review, paid to run it as an ad, which didn’t go down too well with Brownlee and many others.

So it looks like somebody (I’m guessing OnePlus) has paid for my OnePlus 6 review (and others) to run as an ad, inflating the view count massively.

So now it sits as my most viewed video ever…

Pretty smart on their part I guess, just wish they told me ahead of time, sheesh pic.twitter.com/XXlEi6Zkxt

Brownlee also shared a screenshot of his OnePlus 6 video review page on Twitter which shows a prominent ‘Ad’ tag below the title, which suggests that the video was sponsored by OnePlus for MKBHD. Brownlee claims to have never done a sponsored video, so it appears that the ad was run without his consent.

Interestingly, the OnePlus 6 video review became Brownlee’s most viewed video ever, which is a favorable turn of events for his YouTube channel. But importantly it also tarnished the credibility of the reviewer who has millions of followers and has made a name for himself through his honest reviews.

YouTube should have a small tag when someone other than the uploader of a video pays for it to run as an ad.

This looks weird because people see that screenshot and think it's a "sponsored review" when I've never done such a thing.

Brownlee later suggested some things YouTube could do to make sure viewers know the ad was bought by OnePlus and it’s not a sponsored video.

Hi Marques – Thanks for this suggestion, we will pass along to our team! We also want to confirm advertisers must get permission to use any assets they do not own, we'll follow up with you directly to discuss further.

Answering Brownlee’s complaint, YouTube’s official Twitter handle issued a response that ‘advertisers must get permission to use any assets they do not own’, later adding that their team will contact Brownlee regarding the whole incident.

YouTube’s support page also mentions that you can run ads on any content that you have not created, provided you “clear the rights to use and monetize this content on YouTube.”

Based on YouTube’s response and Brownlee’s comments, it would seem that OnePlus jumped the gun and did not take Brownlee’s permission to run the ad. We’re sure there will be an official statement from OnePlus about this soon. Stay tuned for the update.