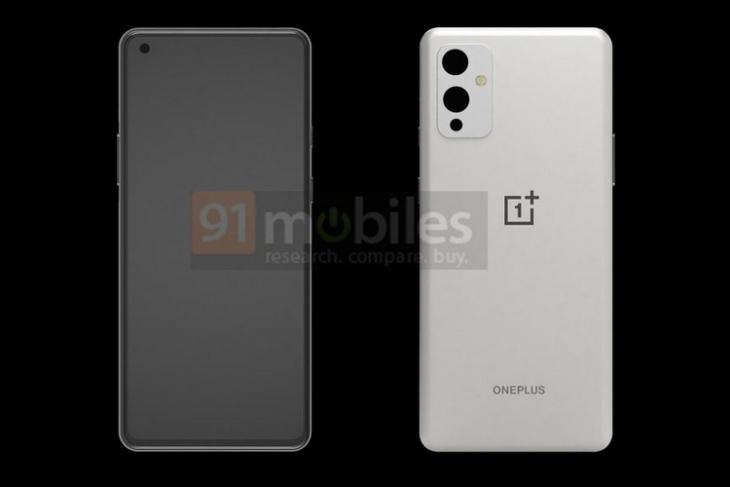 OnePlus just recently took the wraps off the OnePlus 8T and we’re already seeing new leaks for the company’s next flagship, OnePlus 9. It is expected to launch sometime in March of 2021. While not much is known in terms of the specifications of the OnePlus 9, a new 91Mobiles report shows what could be the potential design of the handset.

According to 91Mobiles, OnePlus 9’s display could be larger than the 6.55-inch Full-HD+ AMOLED display present on the OnePlus 8T. The display is reportedly a flat panel like the 8T, which hints OnePlus has finally gotten over fancy curved displays, at least on non-Pro models. Much like the 8T, the OnePlus 9 may sport a 120Hz display.

Going by the leaked CAD render, the OnePlus 9 could feature a hole-punch display placed towards the left corner of the phone, as seen on the OnePlus 8T. Moving our attention to the rear, there’s a triple camera setup that looks like a hybrid of the Galaxy Note 20 and LG Velvet.

As this is a generational upgrade, the OnePlus 9 could come with the Snapdragon 875 chipset, which is all set to be unveiled in December. You could also expect 65W Warp Charge and OxygenOS 11 based on Android 11.

With all that said, the alleged CAD render has received mixed reactions among other tipsters like All About Samsung’s Max Jambor. In a tweet over the weekend, he said that “this CAD is inaccurate.” He further claims the render does not match with the information he has.

Until we get an official teaser (which will not happen for the next three-odd months) or reports from other reputed tipsters, we recommend you take this design render with a grain of salt. We will keep you posted if there are any new developments regarding the OnePlus 9, so stay tuned.