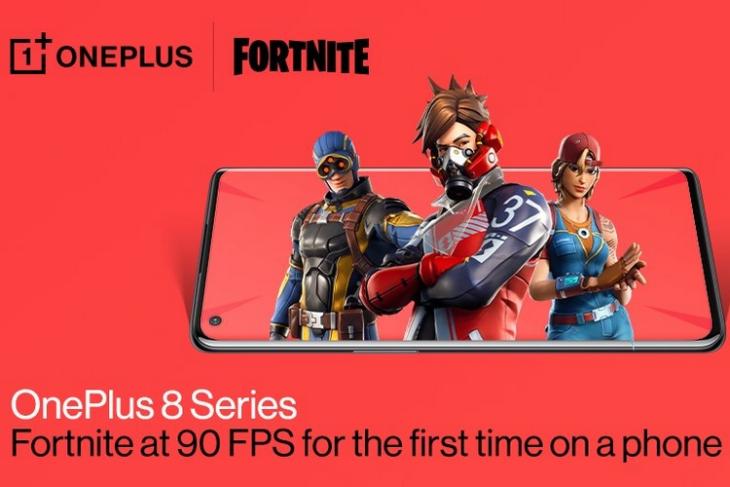 OnePlus has partnered with Epic Games to bring 90 fps Fortnite gameplay to the OnePlus 8 series. With this announcement, OnePlus becomes the first brand whose smartphones can run Fortnite at 90 frames per second on Android.

“OnePlus and Epic Games have created one of the best Fortnite experiences ever on a smartphone. The OnePlus 8 Series delivers a smooth, high framerate Fortnite gameplay experience – that even current generation console game systems can’t match,” said Pete Lau, Founder & CEO, OnePlus in a statement.

That said, Fortnite’s 90 fps is not available on the company’s other smartphones featuring a 90Hz display such as the OnePlus 7 Pro and OnePlus 7T series just yet. All these phones will continue to support Fortnite at 60fps until further announcement.

Also, there appears to be a catch in the implementation. GameSpot reports that overall graphics settings will be set to low once 90fps mode is enabled. In other words, you’ll probably have to make a trade-off between high framerate gameplay or superior graphics based on your preference.

As part of the partnership, OnePlus users (OnePlus 6 and newer) can now download Fortnite through “One-touch” installation of Epic Games App through OnePlus Game Space in India.

“Easy installation with ‘One Touch’ really simplifies the process of installing software, and removes friction usually found on other Android devices,” said Tim Sweeney, Founder and CEO of Epic Games. “This is a big step forward, and alongside the performance improvements the teams have made regarding FPS, Fortnite on a OnePlus device is going to be an awesome experience.”