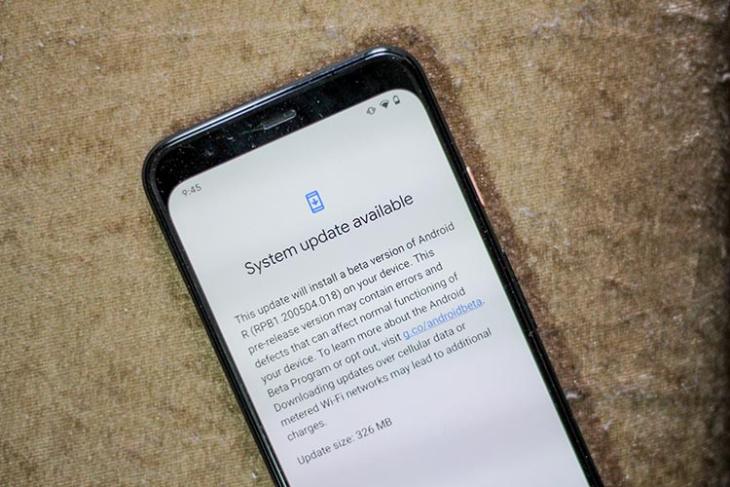 Android 11 is the next iteration of the world’s most popular smartphone operating system. After an extended developer beta phase, and over a week late than originally expected, Google is rolling out the Android 11 beta to the public.

The Mountain View giant is letting Pixel users install the Android 11 Beta 1 on their phones now. As per Google, the download is available for all Pixel phones other than the original Google Pixel. Here’s the list of all the phones that support Android 11 Beta 1 right now:

If you are running the Android 11 developer preview like I am on my Pixel 4, you will get the beta as an OTA update. That means you should get a notification on your phone. However, I recommend that you manually check for the update because the notification didn’t show up on my Pixel 4.

You can also enrol yourself in the beta program in order to receive OTA updates for this and future Android 11 builds. Plus, if you want, you can download the beta and flash it manually on your device. You can access the download files here.

As for what’s new with Android 11. Well, we are currently installing the beta on our phones and we will report back with our findings really soon. Meanwhile, Google’s announcement says that Android 11 focuses on three areas:

Basically, this means that Android 11 will be more people-centric, with features like conversations being clustered together in notifications as we reported in our Android 11 features video (embedded below). It will also give users more control over their device. Lastly, users will get even more control over sensitive permissions such as location, microphone, and camera access.