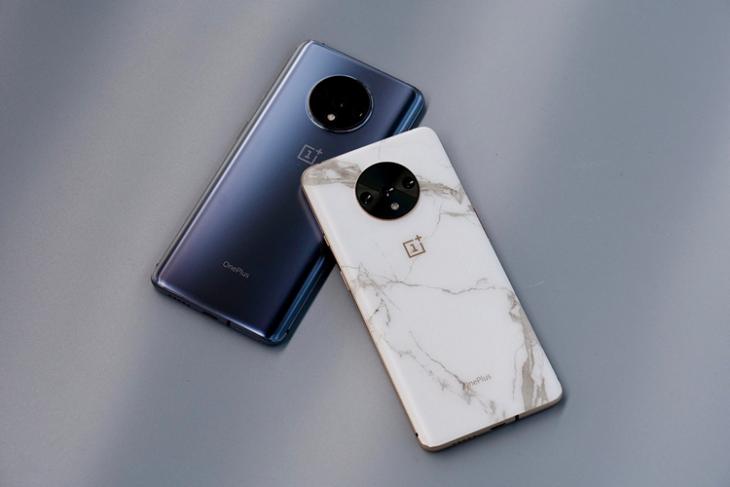 OnePlus CEO, Pete Lau, has tweeted images of a number of OnePlus phones with with different finishes on their back panels. While some, like the matte white OnePlus 5T Star Wars edition was launched as a special edition smartphone, others, like the OnePlus 7T Marble edition, never saw the light of day.

Of course, not all the designs seen in the image were meant for public consumption anyways, with Lau saying that the company experiments with new designs to improve the look and feel of its smartphones. According to Lau: “We do more testing with colors, materials, and finishing (“CMF”) than you could imagine, because that’s what decides the overall feel of a phone”.

We do more testing with colors, materials, and finishing ("CMF") than you could imagine, because that’s what decides the overall feel of a phone. We've got more to share soon, but until then, what’s your favorite out of these past devices? #NoDetailIsTooSmall pic.twitter.com/SCabnBrBjg

While the OnePlus 7T was launched late last year, the company is expected to announce its successor, the OnePlus 8, next month. While the global launch might happen on April 15th, the device may be unveiled in India a day earlier, on April 14, if a tweet from tipster Ishan Agarwal is anything to go by.

According to reports, the company may launch a mid-range smartphone, tentatively called the OnePlus 8 ‘Lite’, alongside the OnePlus 8 and 8 Pro this year, but it’s not immediately clear as to whether it will also be unveiled alongside the flagships at next month’s event.