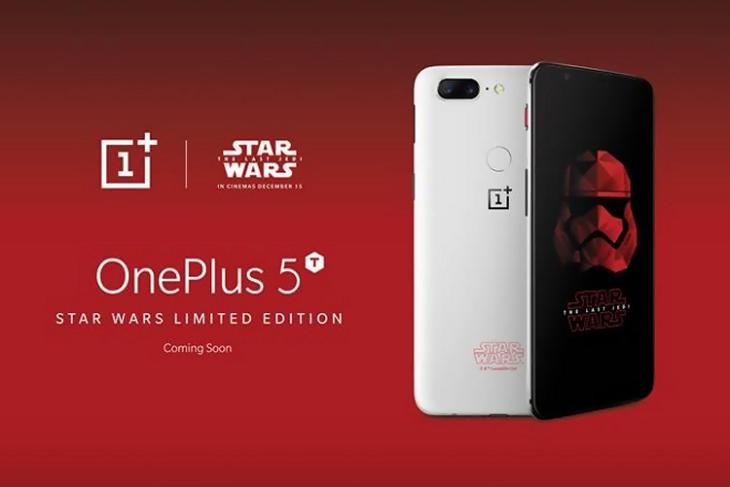 Popular Chinese smartphone manufacturer OnePlus has just announced a limited edition variant of the recently launched OnePlus 5T smartphone in the Indian market, aimed at Star Wars fans. This news comes just days after the company unveiled a “Lava Red” color option exclusively in India. So far, the OnePlus 5T Star Wars Edition seems to be exclusive to Indian customers as well, and this has been done to celebrate the company’s third anniversary in the country as well as the release of the hugely awaited film, Star Wars: The Last Jedi that’s all set to hit the screens on December 15th. The new variant was showcased on Saturday at the Comic-Con event in Bengaluru. So, let’s take a look at all the changes and additions in the new OnePlus 5T Star Wars Edition, shall we? 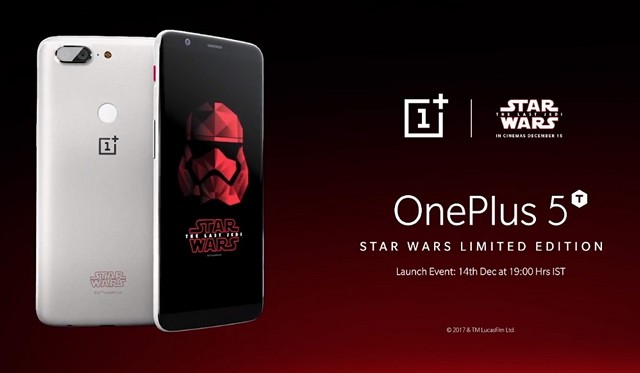 Well, these are all the cosmetic changes that the new OnePlus 5T Star Wars Edition brings to the table. The hardware remains the same with a 6-inch 18:9 Optic AMOLED display, dual 16 + 20 MP camera setup, Snapdragon 835 processor and 8 GB of RAM just like the standard OnePlus 5T.

OnePlus is hosting an event on December 14th at IMAX Wadala in Mumbai to formally launch the Star Wars Edition variant, but it’s scheduled to go on sale starting from December 15, to coincide with the release of Star Wars: The Last Jedi. It will be available for purchase online from both Amazon India and the OnePlus online store. However, details regarding pricing and storage variants are yet to be revealed by the company.

So, if you haven’t purchased the new OnePlus 5T yet, will you wait it out until the Star Wars Edition hits the shelves? Do let us know, in the comments section down below.