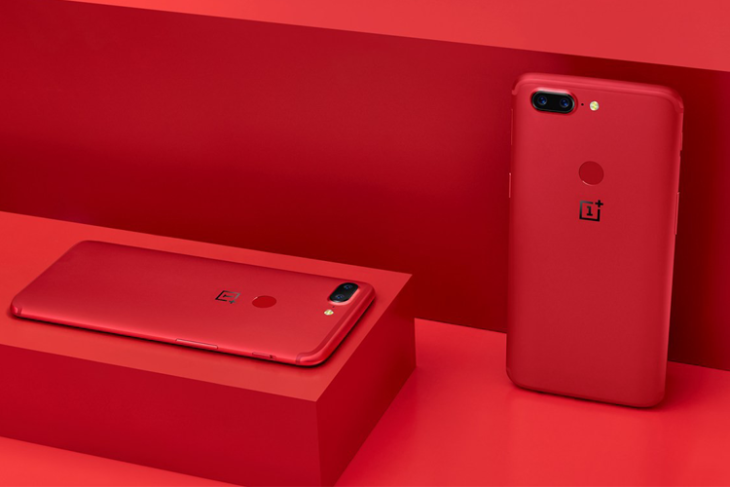 If you remember, we’d last week exclusively reported that OnePlus 5T ‘Lava Red’ edition was coming to India later in January. Well, it seems the Chinese giant has decided to let the cat out of the bag earlier than we’d expected it would. OnePlus has officially launched the Lava Red variant of its trendy OnePlus 5T in India at Rs 37,999.

The Chinese giant is keeping its long-running partnership with Amazon India intact, which is evident from yet another exclusive launch of its new red colored variant on the platform. The listing for OnePlus 5T ‘Lava Red’ edition has already gone live on Amazon and you can right away register to be notified when the device goes on sale on 20th January.

For those who’ve been living under a rock, OnePlus has recently been playing around with a variety of colors and its flagship OnePlus 5T device. It was initially introduced in just a single color, i.e the Midnight Black edition. But, it has since expanded the horizons with new colors to mark significant events, such as the White Sandstone for the release of Star Wars: The Last Jedi and Lava Red for its fourth anniversary in China.

The Chinese giant has decided to make the red-colored variant of the OnePlus 5T available in India, after numerous requests and pleas from its local fan community. And finally, it is here to charm everyone who’s been looking to pick a fancy red color device as opposed to the simple black one. 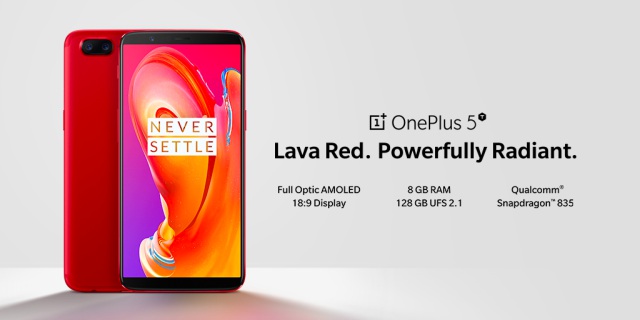 Making the Lava Red variant official for India, OnePlus has taken to its community forums to explained the two-step anodic oxidation process used to ensure the texture and in-hand feel of its device. The Chinese giant has also shed light on the ideology behind the red color and naming as under:

“Inspired by the dynamic nature of lava with colors that change under different types of light, the radiant Lava Red color shade is achieved through (the) accurate combination of temperature, consistency and baking time with less than 0.01% variation.”

As for aesthetic changes, you’ll notice that its back cover, frame, and the fingerprint sensor have been painted red while the front bezels retain the black to give this device an attractive appeal. The camera protrusion and OnePlus logo on the rear are still colored black to help them stand out in contrast to the red.

On the specs front, you’re getting the high-end variant of the original OnePlus 5T with 8GB RAM and 128GB onboard storage. The rest of the specs sheet remains the same as its original variant. You can have a quick look at the specs sheet to know more right here:

The pricing for the OnePlus 5T ‘Lava Red’ limited edition has fallen completely in line with our prediction. The red-colored device was released at the same retail price as its original variant in China. The company has followed the same trend in India, pricing the ‘Lava Red’ variant at Rs 37,999.

OnePlus fans, your pleas have finally been answered. The stunning and eye-catching ‘Lava Red’ OnePlus 5T has landed in India. So, what are you waiting for? Just click here and head over to Amazon India to register for the 20th Jan sale.