Skip to content
Home News Scientists Put a Hydrophone 3,000 Feet Below Sea Level, and This is What It Sounds Like Down There 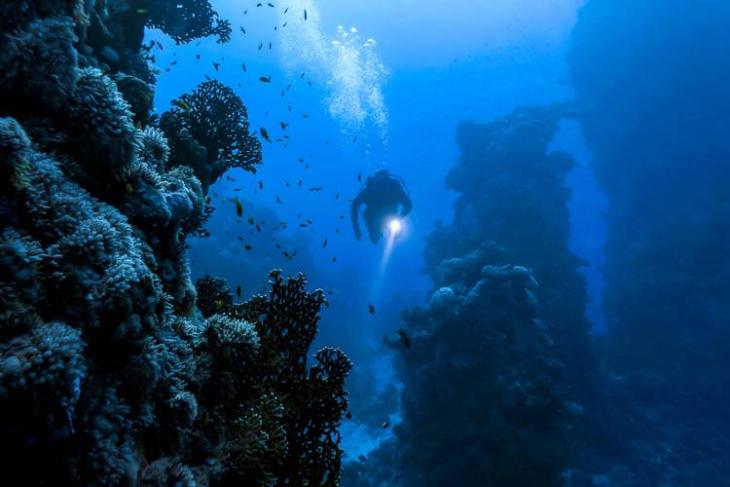 We know that it’s nearly pitch dark in the depths of the oceans, but most of us can’t even imagine what it must sound like down there. You might think it’s eerily quiet but nature can surprise you in many ways. And if you want to know just how noisy it is, there is now a live-streamed audio feed from 900 meters (around 3,000 feet) below the surface of the ocean at Monterey Bay, California.

Monterey Bay Aquarium Research Institute (MBARI) has been live-streaming the deep-sea sounds through a hydrophone on a deep-sea cabled observatory. The device was installed on the ocean floor back in 2015, and is located about 30 kilometers from shore. It is attached to the MARS undersea cabled observatory, which carries data from the hydrophone back to land, and this is what the deep sea sounds like.

Interestingly, even though the MARS hydrophone is located on the deep seafloor, most of the sounds it picks up are from animals and activities higher up in the water or even at the sea surface. According to the MBARI, the hydrophone happens to pick up “the calls of sea lions, dolphins, and other near-surface animals, as well as the sounds of rain, waves, and wind blowing over the sea surface”.

“The new hydrophone doesn’t look very impressive. It’s just a metal cylinder about two inches in diameter, mounted on a metal tripod on the muddy seafloor. But it is extremely sensitive and can pick up a vast range of sounds, including those too low and too high for humans to hear”

According to the researchers, most adult humans can hear frequencies of between 20 and 16,000 hertz, whereas the hydrophone can pick up sounds in a much higher frequency range, from as low as 10 hertz right up to 128,000 hertz. The livestream is apparently broadcasting only the lower-pitched sounds, such as the ones made by whales, and are generally only audible through high-quality audio equipment.

It’s worth noting that the ‘live’ stream is actually deferred by approximately 20 minutes to allow for processing. “Sound files are recorded in 10 minute segments, so every 10 minutes you will hear the beginning of a new sound file”, says MBARI. It’s still bloody impressive to know it’s almost live.

In case you want to know what to expect, MBARI lead scientist John Ryan says, “It can be quiet at times, and then go from quiet to cacophony in minutes. So if people don’t hear much at one point in time, they should definitely check in again later”.