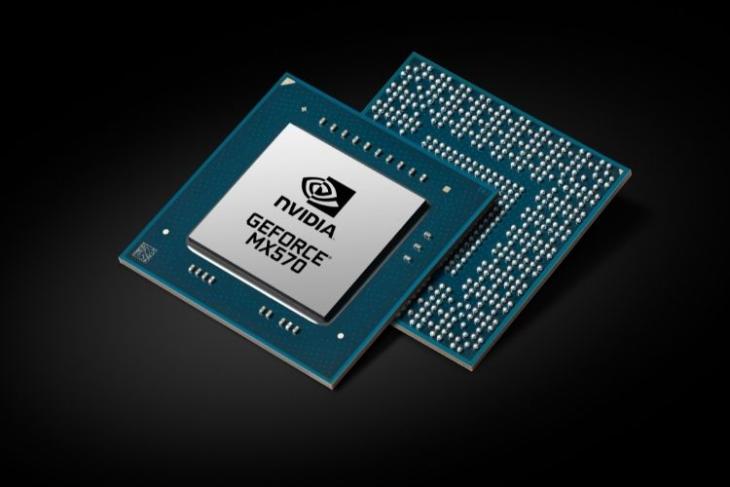 Nvidia has introduced three new GPUs — the GeForce RTX 2050, GeForce MX550, and GeForce MX570. All three new graphics cards will be available for gaming and creators’ laptops, which will most likely fall in the budget price range. Here are the details to check out.

This is a surprising release as the company has moved to RTX 3000-series GPUs. It seems like the ongoing chip shortage has forced Nvidia to access its archives and launch a previous-gen 2000-series laptop GPU to meet consumer demands.

Moreover, the GPU will feature RT and Tensor cores and will come with features such as ray tracing, NVIDIA DLSS, Reflex, Broadcast, and more. It is confirmed to work with NVIDIA Optimus technology for a power-efficient performance.

As for the GeForce MX550, it also has 2,048 CUDA cores and 2GB of VRAM. It is a successor to the MX450 and is claimed to offer better performance than before with better memory speeds. As per Nvidia, It is also expected to improve “efficiency for photo and video-editing tasks, like using Adobe Lightroom and Premiere Pro, and better gaming than integrated graphics.“

As for the GeForce MX570, it is touted as the fastest graphics processor in the MX series and will come with the fastest and power-efficient CUDA cores and fastest memory speeds. It is also expected to deliver faster gaming, photo editing, and video editing performance.

The new Nvidia graphics memory will arrive aboard laptops in Spring, 2022. Hence, we can expect the company to release more details on the new GPUs, their availability details, and more then. So, stay tuned for further details.