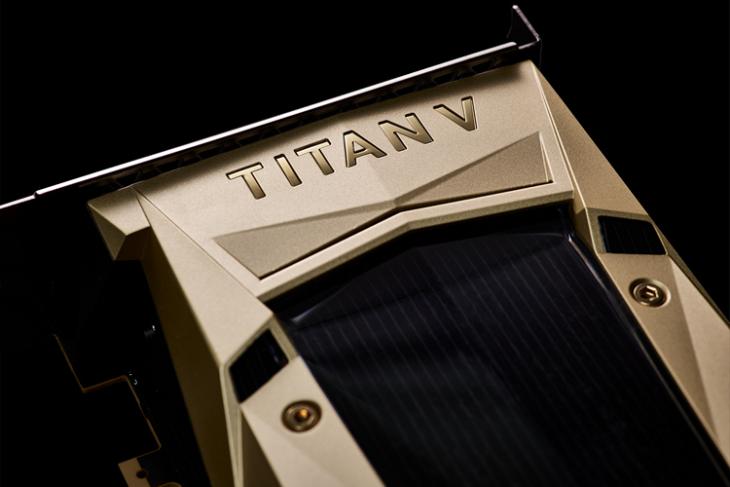 Just 7 months after it announced the Volta GPU microarchitecture with the Tesla V100 accelerator and the GV100 GPU as the successor to Pascal, American chip-maker NVIDIA, unveiled the Titan V at the 2017 edition of the annual ‘Conference and Workshop on Neural Information Processing Systems (NIPS)’ being held at Long Beach, California. The device succeeds the Pascal-based Titan X as the flagship NVIDIA video card and, is already up for sale on NVIDIA’s official webstore for $2,999. 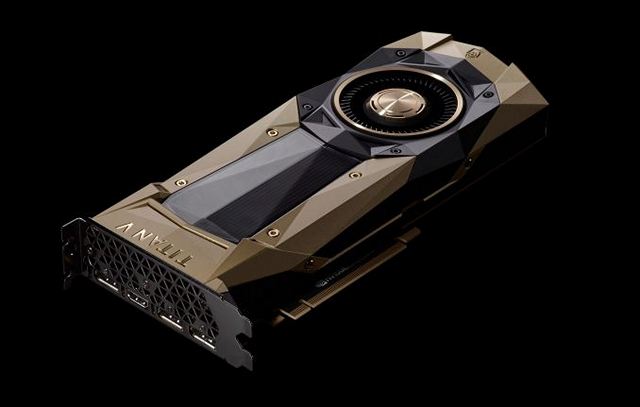 The Volta-based, GV-100-powered, Titan V is NVIDIA’s first-ever HBM2-equipped graphics card with a 1.7Gbps memory clock and 12GB VRAM. The card features 5120 CUDA cores like other Tesla V100 chips, although, it loses out on 4GB of HBM2 and two of the 512-bit memory controllers. The card also comes with a whopping 110 TFLOPS of tensor performance (deep learning) with 640 tensor cores.

The card is fabricated using TSMC’s 12nm FFN process and, features a vapor chamber cooler with copper heatsink and 16 power phases. In terms of connectivity, the Titan V comes with 3 DisplayPorts and 1 HDMI port, but there seems to be no SLI connectivity on-board.

Announcing the Titan V on stage, Nvidia founder and CEO, Jen-Hsun Huang, said that the card excels at computational processing for scientific simulation. According to him,

Our vision for Volta was to push the outer limits of high performance computing and AI. We broke new ground with its new processor architecture, instructions, numerical formats, memory architecture and processor links”. The company also says that the card is “ideal for developers who want to use their PCs to do work in AI, deep learning and high performance computing.

While the Titan V looks great on the spec-sheet, the pricing is something that has already attracted a lot of negative attention from social media users. However, it does start to make sense when you think of it as a ‘cheaper V100’ rather than a ‘faster 1080 Ti’, seeing as this is a true prosumer card that isn’t aimed at gamers to begin with.