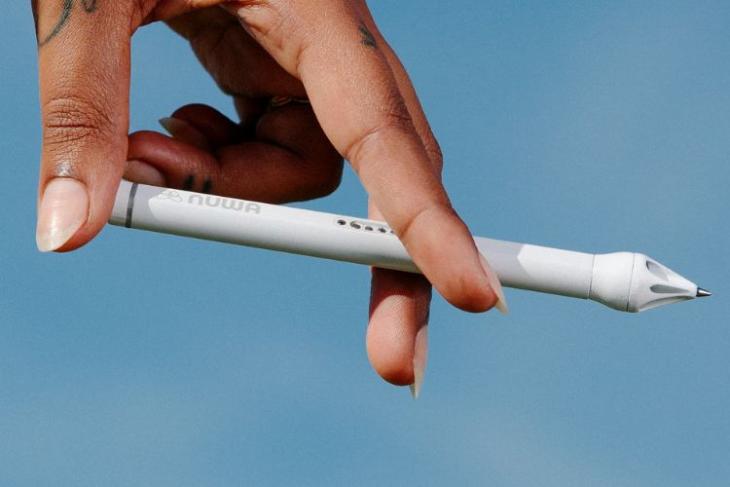 Ahead of CES 2023, Nuwa has introduced a smart pen that can digitize whatever you write on any paper. The Nuwa Pen will be reaching the US as part of CES 2023 in Las Vegas and will also be available to try at the tech event. Have a look at the details.

The Nuwa Pen is a ballpoint pen, which includes motion sensors and a three-camera system to detect handwriting, which gets converted into digital notes and can be easily accessed on the smartphone. There’s also support for an infrared light to detect handwriting in any light condition.

Mark Tunier, Nuwa’s Founder and CEO says, “Handwriting represents a deeply personal form of thinking, so it was important that we design Nuwa Pen so that we only process the ink and do that processing on-device.“

The pen’s pressure sensor can detect 4096 pressure levels. The combination of the motion sensors, the pressure sensor, and the cameras will allow the pen to capture the text in high quality. The smart pen will digitize the text as soon as you start writing with it.

The Nuwa Pen uses a standard D1 ink cartridge, which can be bought via the Nuwa Store and any other retailer too. Replacing it is also easy; just pull the finished one and then put in the new one. There’s also support for a power-efficient chip and the SecureSPOT technology, which ensures the content that is digitized remains end-to-end encrypted. The information is first made digital and then synced via Bluetooth onto the device.

The Nuwa Pen can provide up to 2 hours of usage on a single charge and takes about 15 minutes for a full battery. Plus, it is compatible with the Nuwa Pen app to easily access the digital copy of what has been written. The app allows you to organize notes based on location, times, and notebook. There’s also the Nuwa Pen+ subscription for €2.99 (~ Rs 263) a month for additional features like the conversion of handwritten notes into typed texts and augmented notes.

Nuwa aims to introduce more features like the ability to recognize mathematical formulas and solve them in the future. The Nuwa Pen is up for pre-order (at $179) and will be available in August 2023 for $279 (~ Rs 23,100). So, what are your thoughts about the new smart pen? Let us know in the comments below.