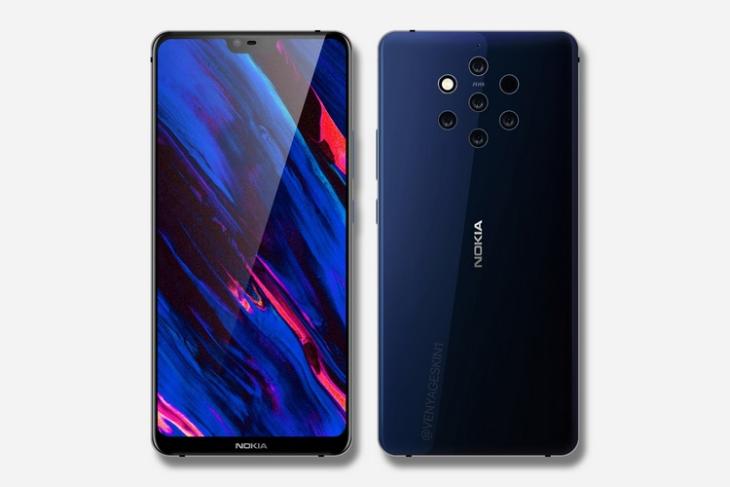 HMD Global’s upcoming flagship, the Nokia 9, has been making rounds of the rumor mill recently, thanks to multiple leaks which suggest that the device will pack five rear cameras, but so far, we are yet to come across much credible information. That is about to change, as multiple variants of the upcoming Nokia flagship have been listed on the official Samsung Latvia website.

The Nokia 9 models are listed on the website’s buyback portal, where users can exchange their old smartphone and use the ‘redemption rebate’ value of the Nokia 9 to purchase a Samsung smartphone, tablet or a smartwatch. 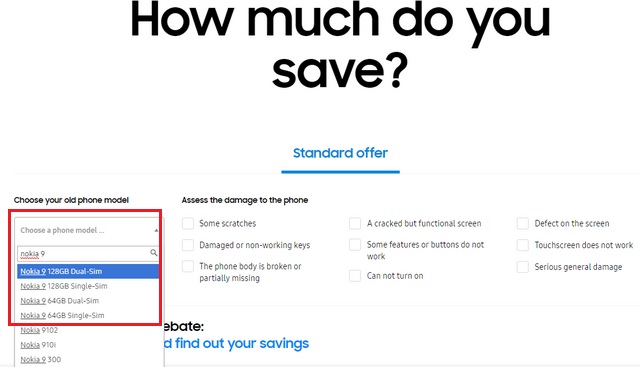 Samsung’s website lists a total of four Nokia 9 variants, depending upon their internal storage and the number of the SIMs they can accommodate. If the listing on Samsung’s Latvia website is anything to go by, the Nokia 9 might be unveiled in dual-SIM and single-SIM variants. As for the storage, the unannounced flagship might be available in 64GB and 128GB internal storage variants, which have now become a standard for flagship smartphones.

As for the exchange value, the top-end variant of the Nokia 9 with 128GB internal storage and dual-SIM functionality will net you a buyback value of 292 Euros (approximately Rs. 24,600). It is still too early for a buyback program to list a smartphone that is yet to be announced, as is the case with the Nokia 9’s availability on Samsung’s smartphone exchange portal, which raises some doubts.

At the time of writing this article, the Nokia 9’s listing was still live on Samsung Latvia’s official website. As far as other details about the Nokia 9 are concerned, rumors suggest that the device will pack the Snapdragon 845 chipset, paired with 8GB of RAM and an under-display fingerprint sensor. While the industry is abuzz with reports that the Nokia 9 will feature a five-lens rear camera set-up, the leaked images we’ve seen so far do not look like the real deal.