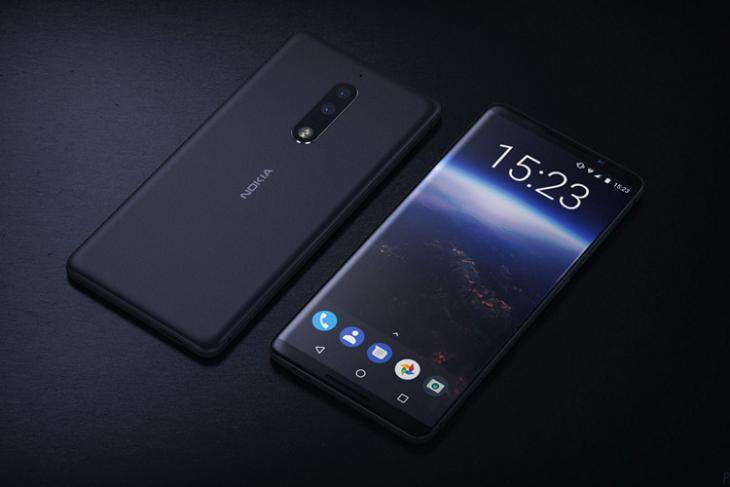 HMD Global’s upcoming flagship, the Nokia 9 has been the talk of the town recently with a handful of rumors and leaks that gave us an idea regarding the smartphone’s design. Although we knew what the device could possibly look like, we didn’t have a clear idea regarding its release date, so far.

Well, according to a latest report from China, the company is holding a product launch event in China on January 19, and the Nokia 9 is hugely expected be the showstopper. That’s not the only phone that the HMD Global is going to be unveiling, as a refreshed “second-gen” Nokia 8 will also be showcased during the same event.

Both these devices will be targeting the Chinese market at launch, which essentially means country-specific ROMs in order to replace Google services with local alternatives. The good news here is that the second-gen Nokia 8 is not just a hardware refresh. In fact, it’s going to feature an 18:9 display with a bezel-less form factor to match present-day standards. However, the Chinese media thinks Nokia 9 will likely stick with the traditional 16:9 aspect ratio.

This is actually a pretty sweet deal for a bezel-less smartphone featuring a 5.5-inch QHD AMOLED display with impressive hardware like the Snapdragon 635 processor, dual-camera setup in addition to IP67 dust and water-resistance certification. In India, if HMD Global could get the pricing right, then the Nokia 9 could potentially become a threat to offerings like the OnePlus 5T and Xiaomi Mi Mix 2. So, what do you guys think about the upcoming Nokia 9 and refreshed Nokia 8 smartphones? Would you be interested in purchasing one? Do let us know, in the comments section down below.