Last year, HMD Global launched the Nokia 6, and the phone was rather underwhelming. It didn’t quite stack up next to offerings from competitors like Xiaomi. Now, the company has launched the 2018 version of the Nokia 6, priced at ₹16,999, and it takes on the likes of the Redmi Note 5 Pro and the Honor 7X. So, if you are confused about buying the new Nokia 6, this is our in-depth Nokia 6 review of the new mid-range smartphone from HMD Global to help you make up your mind:

First let’s get the basic, on-paper stuff out of the way. The Nokia 6 is a mid-range smartphone, and it has specs that match its price point… for the most part. Here’s the complete specsheet for the Nokia 6 (2018): 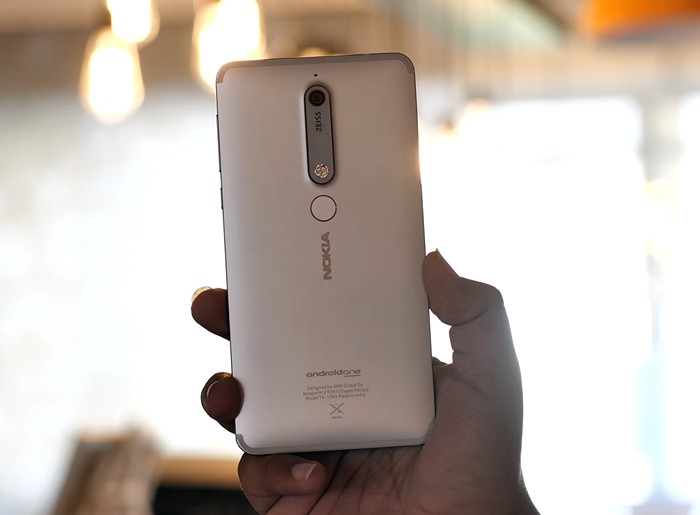 What’s Inside the Nokia 6 Box

The Nokia 6 comes in a typical Nokia box. Slim and wide, with Nokia 6.1 printed on it, and while Nokia might like to call this the Nokia 6.1, I’d still call it the Nokia 6 (2018) or the new Nokia 6… interchangeably. Anyway, inside the box are all the standard things:

All the basic stuff that you’ll find in most other smartphone boxes. Except the earphones; you’ll not find those in Xiaomi, or OnePlus smartphones (even though a lot of them still have headphone jacks.. weird huh?)

Taking the Nokia 6 out of the box, I was immediately hit with just how well built this phone feels in the hand. Seriously, I could compare this to phones well above its price bracket and it would still hold its own; it’s that good.

I could compare this to phones well above its price bracket and it would still hold its own; it’s that good.

The Nokia 6 is built out of a solid block of Aluminium, and it shows. It’s sturdy, it feels solid and well built, and I’m sure this thing can take a ton of hits before it’ll even feel them. There are a lot of good things about the way HMD Global built and designed the Nokia 6, including the fact that there’s no notch on this thing. 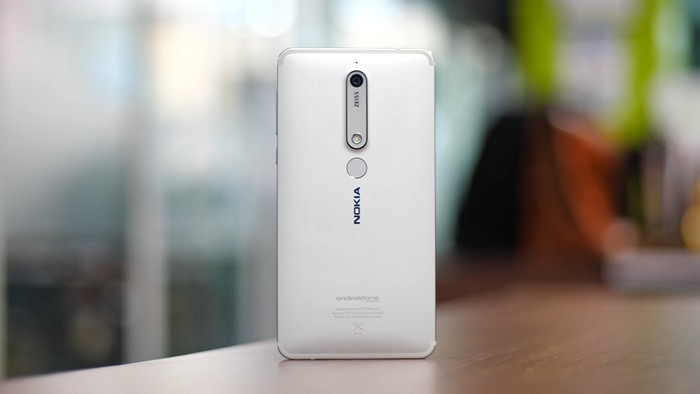 However, there’s another side to the proverbial coin. The phone has really weird buttons; they’re not tactile enough, and I found myself pressing way too hard on them on a number of occasions. Other than that, I find the fingerprint scanner rather awkwardly placed. It’s probably because of the huge camera set-up (which I find unnecessary; more on that later), but I found myself consistently hitting the flash instead of the fingerprint scanner. 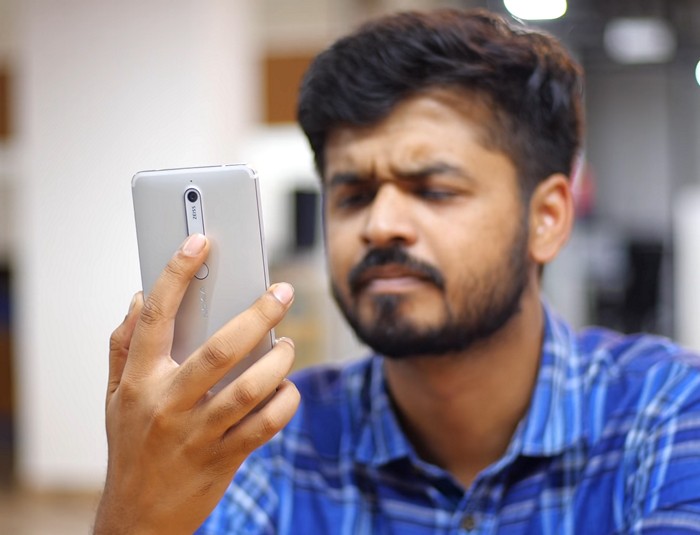 Plus it’s not a bezel-less design, so thank god it doesn’t have a notch because that would just suck. 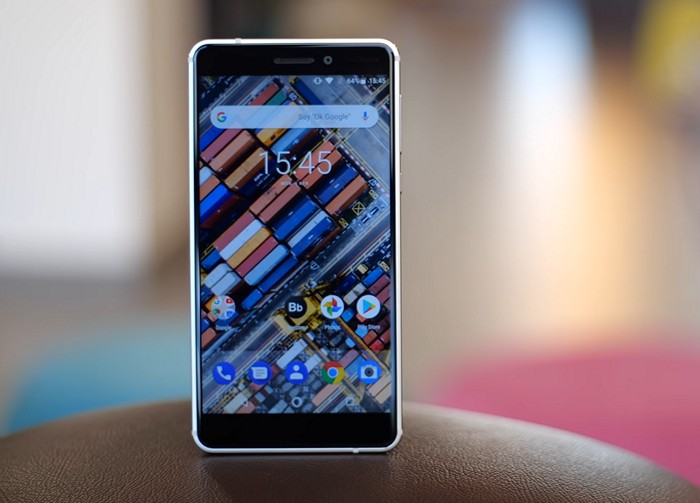 The phone definitely does feel great in the hand, and gave me a sort of confidence I didn’t have with my OnePlus 5. A confidence that even if this thing fell, it’ll be just fine, and that’s not something I can say about a lot of phones these days.

The display on the Nokia 6 is yet another thing that has me impressed. It’s an LCD panel, and Nokia has chosen to stick with the regular 16:9 aspect ratio (which is weird). There are bezels, but no more than the Redmi Note 5 Pro (except that phone is redeemed by the more modern looking 18:9 aspect ratio), and with all of that, I have no complaints with the display on this phone. 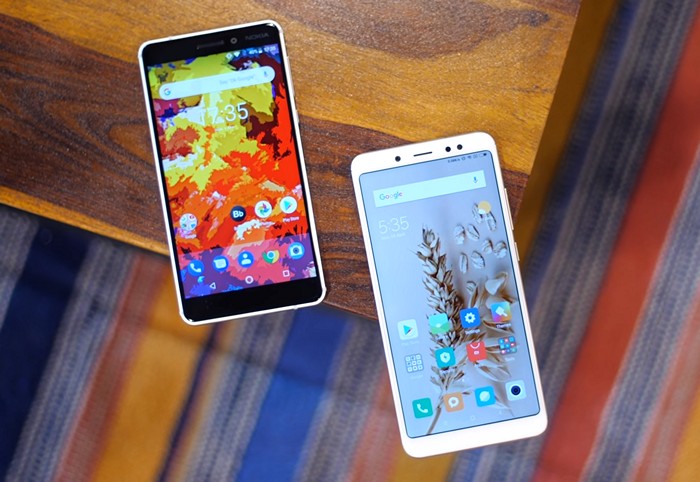 It’s bright (feels brighter than my OnePlus 5 in the sun), it has great color reproduction, and at 5.5-inches with a Full HD resolution, it looks sharp as well. Obviously you’ll notice pixels if you start pixel-peeping, but no one really uses their phone at a pixel-peeping distance anyway. 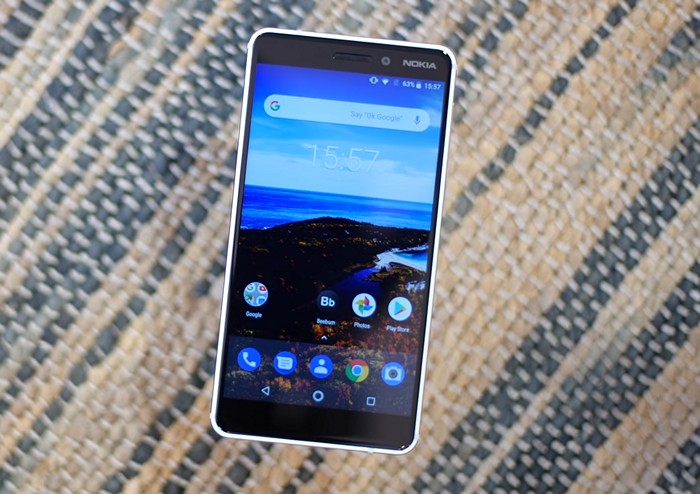 It’s an LCD panel, so there are no issues with viewing angles, or color-shifting, and I doubt there’ll be any burn-in issues on this either.

I’ll be really honest with you guys; the camera on the new Nokia 6 is just plain bad. There’s no other way to put it. It’s not half-decent, it’s not okay-ish, it’s just bad, and it disappointed me a lot.

It’s not half-decent, it’s not okay-ish, it’s just bad, and it disappointed me a lot.

The Nokia 6 (2018) takes okay-ish pictures in broad daylight, but then it processes them and screws them up. Images turn out over-processed, over-saturated, and there’s a lot of sharpening going on here in general. The Redmi Note 5 Pro’s camera is leaps and bounds better than this one. 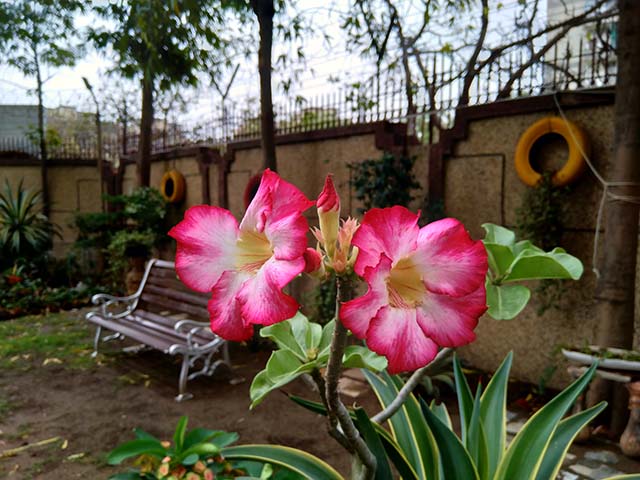 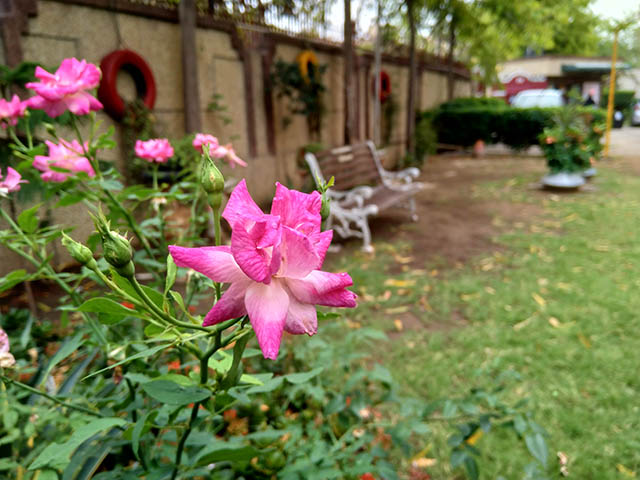 Even the front camera on the Nokia 6 (2018) is disappointing. Images captured with this 8MP f/2.0 shooter on the front have a super soft focus, almost non-existent detail for the most part, and sometimes (especially with backlit subjects in low-light conditions) the camera blows the lighting out of proportion. 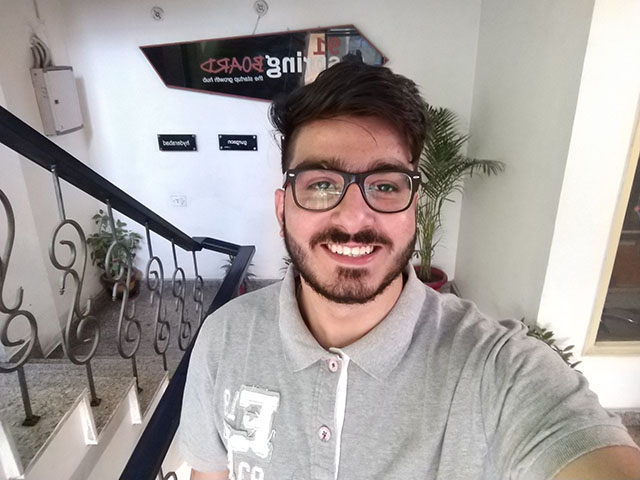 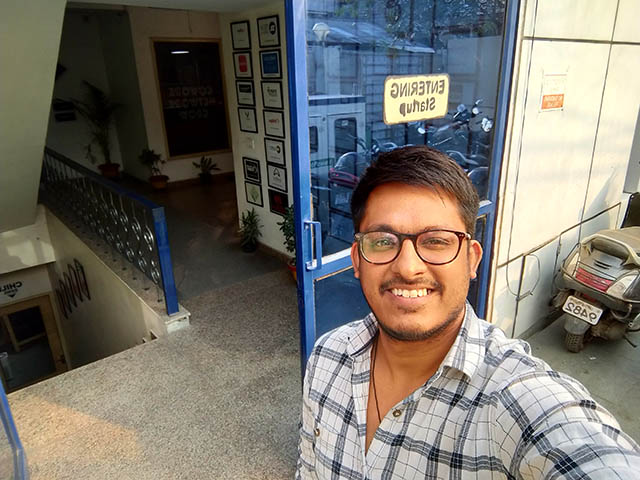 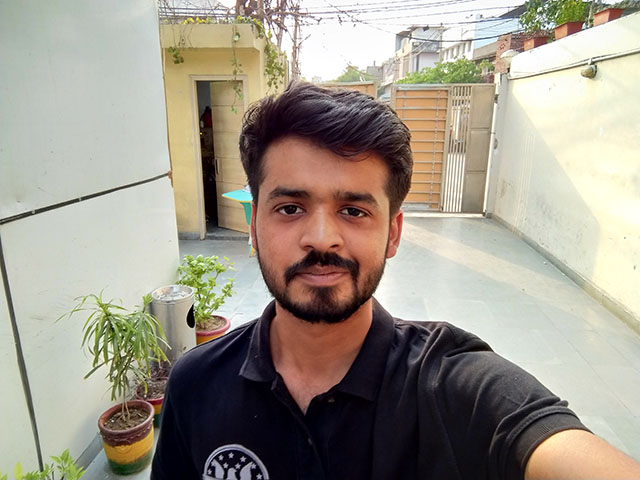 The situation further worsens in low-light. There’s noise, the camera can’t capture enough light, and the pictures easily reflect that the camera struggles when lighting isn’t absolutely on-point (which lighting rarely is. Believe me, I know). 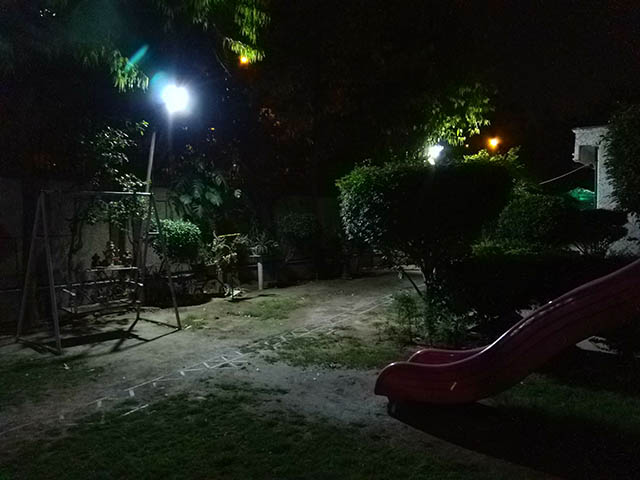 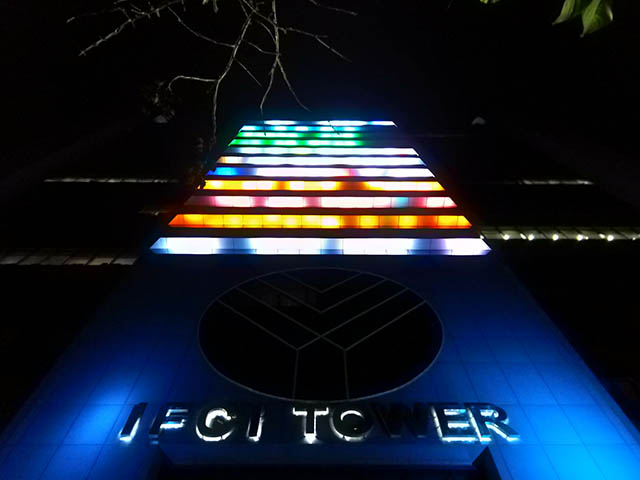 Plus, the Nokia 6 doesn’t come with dual cameras so there’s no portrait mode on it. I don’t even understand why it doesn’t have a dual camera, and since it doesn’t, why is there such a huge area dedicated to the camera and the flash? Just for the Zeiss branding?

In my opinion, the Redmi Note 5 Pro with its dual camera setup takes much better pictures than the Nokia 6, and is definitely the winner in the camera department.

Performance: Benchmarks can be Misleading… Sometimes

The Nokia 6 packs in a Snapdragon 630, 3GB of RAM, and 32GB of storage, with the Adreno 508 ticking along for graphical needs. On paper, this phone is far behind the Redmi Note 5 Pro, especially if you factor in the price, but in real-world performance, the Nokia 6 is awesome. 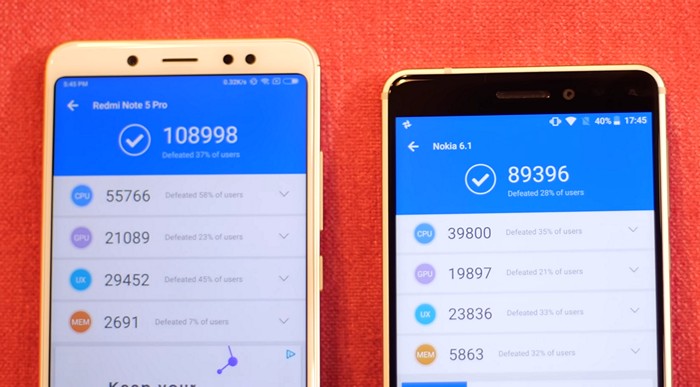 The phone is yet to lag out on me. There are no frame drops, no delay in launching apps and services, everything works perfectly fine, and I think that stock Android may be a big part of the reason why this phone outperforms what I expected it to. 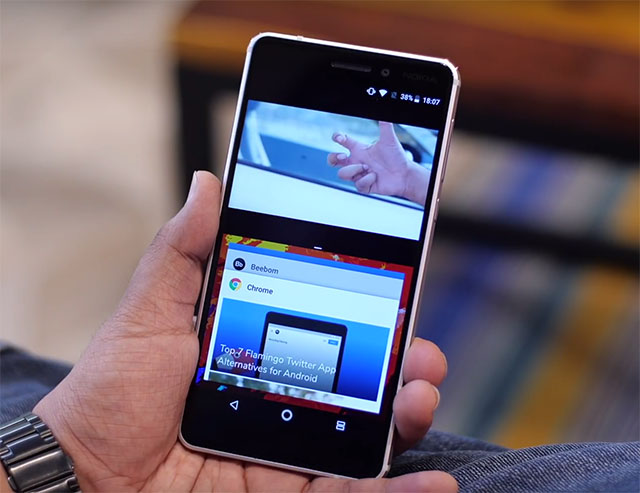 I tried a lot of things on this phone, including games, and yes, PUBG Mobile was one of them. The game switched to low-graphics by default, and I’m not shocked. With just 3GB of RAM, and a Snapdragon 630, low settings are what I expected, but the game works nice and smooth. There’s the occasional frame drop, but it’s so infrequent, I’m not complaining about it.

Basically, performance on the Nokia 6 is top-notch (no pun intended), and I have no complaints about the phone’s performance so far.

In terms of user experience, well, the Nokia 6 is running stock Android 8.0 Oreo, and that’s awesome! True, there aren’t as many features as you might find in, say, MIUI or the Samsung Experience UI, but stock Android has a simplicity and charm that Android skins usually lack. Plus, with Android One, you’ll get timely security patches, and guaranteed updates all the way till Android Q, which is awesome! 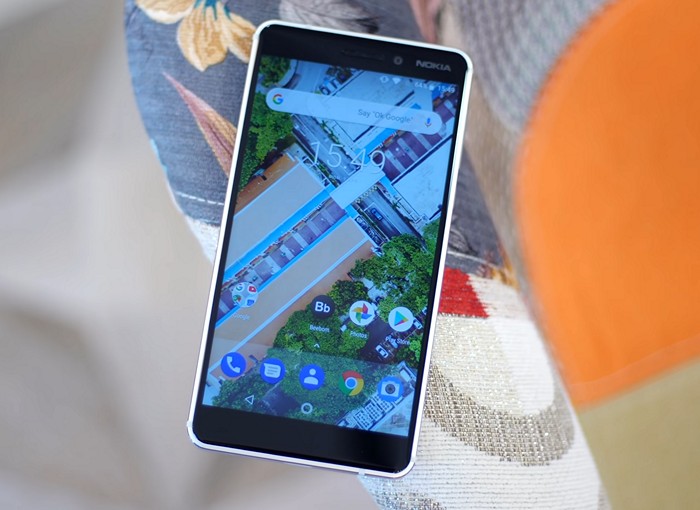 The Nokia 6 packs in a 3,000 mAh non-removable Li-ion battery which, on paper, looks a tad bit small for a phone with a 5.5-inch LCD display, but the Nokia 6 (2018) lasts extremely long. I’m serious. I don’t know what voodoo HMD Global did on this thing, but the Nokia 6 has easily lasted me over a day every day without fail. 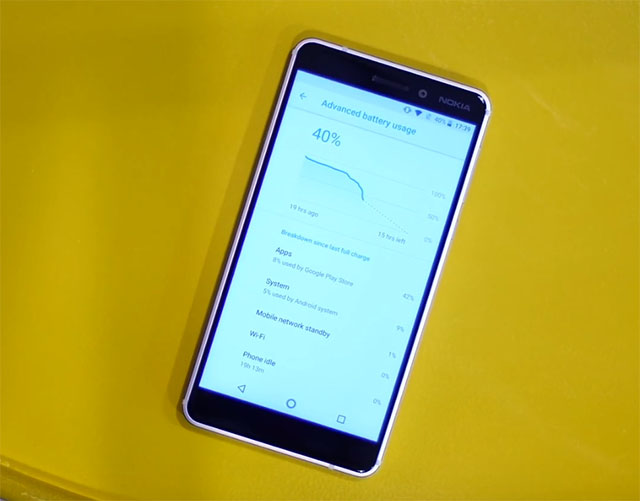 Plus it has fast charge support (with the fast charger bundled in the box), which takes it from 10% to 100% in just over 1 hour and 30 minutes. For emergency situations though, you can go up to 50% in just 30 minutes and that is superb.

When it comes to connectivity, the Nokia 6 uses a hybrid 3-choose-2 SIM card slot that can either house a nano SIM and a Micro SIM, or a nano SIM and an SD Card, depending on your preference.

The Nokia 6 (2018) also has WiFi b/g/n/ac support. Plus, it has Bluetooth 5.0 which means better, more reliable Bluetooth connections.

Edit: This article (and the official Nokia website) previously mentioned that ‘ac’ support wasn’t present in the Nokia 6. The official website has now been fixed, and we have updated our review reflecting the same. Thanks to David Ward for bringing this to our attention.

Conclusion: Buy it for Everything but the Camera

The Nokia 6 is at a price point where it’s competing with Xiaomi’s budget-king — the Redmi Note 5 Pro, and at this price, the Nokia 6 definitely faces some competition. Everything boils down to this, if the camera doesn’t matter to you all that much, the Nokia 6 will not disappoint you. It has a great build, amazing design, USB-C, beautiful display, and stock Android. It’s also available offline. 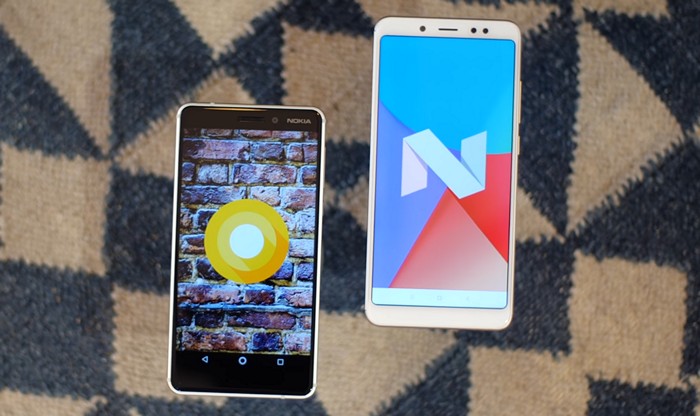 If you have a budget of around ₹17,000, and you don’t care about numbers on a sheet but real world performance, I’d go with the new Nokia 6 (but be warned about the camera). The phone does everything really well, and somethings it does better than what I expected, so I’m sure it wouldn’t disappoint you.