Skip to content
Home Mobile Android The Nokia 6.1 Plus Has a Hidden Device Monitor Feature

The Nokia 6.1 Plus went official and this global variant of the phone known as the Nokia X6 in China comes with Android One. That means the phone is running stock Android, and Nokia has used Android 8.1 Oreo in the phone. In our in-depth review of the phone, I mentioned how, since this is stock Android, the phone doesn’t have any pre-installed apps other than the Nokia support app on board.

However, as it turns out the Support app that comes pre-installed in the phone is more than just a glorified gateway to Nokia’s official FAQs and Chat Support.

Device Monitor in Nokia 6.1 Plus

A device monitor isn’t something a lot of people probably use, or even care about. However, for that niche category of users who do care about things like monitoring their phone’s temperature, and the health of their smartphone’s battery, a device monitor can prove pretty handy.

As it turns out, once you launch the Nokia Support app (and give it the required permissions) the app shows up a bunch of options. One of these is named ‘Device Monitor’ and that is what piqued my interest.

Turns out, it’s actually pretty useful (or it can be).

All the Important Details In One Neat (and Hidden) Place

So the device monitor in the Nokia 6.1 Plus has some pretty handy information being displayed on screen. The app (for lack of a better word) starts off with the most basic information about the phone. You know, things like the memory usage, and the amount of free storage you have left. These are arguably not very useful here because they can be just as easily accessed from Settings. 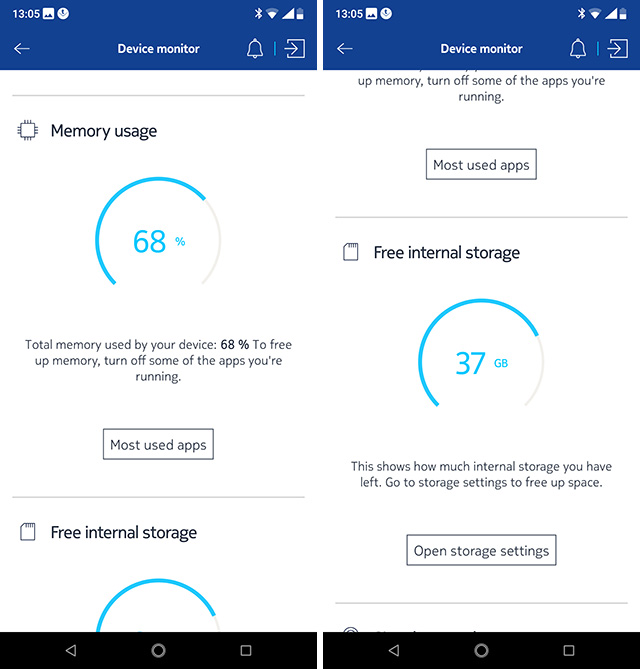 It moves on to things like the signal strength and the data usage since the last reboot, which can come in handy I suppose.

Then comes two pretty nice things — the Device Monitor shows the temperature of the device in a nice gauge, followed by the battery health of the phone. Now, obviously, the battery health in my Nokia 6.1 Plus is ‘Good’ right now because it’s a brand new phone. However, over time, this might change, and it’ll definitely be handy in letting me (or you) know that it’s time to either change the phone itself, or get the battery replaced. The temperature monitor is awesome for keeping a track of how hot your phone is getting. I find this particularly useful because I need to actually see how hot the phone gets under intensive load — as it turns out, a single game of Asphalt 9 bumps up the temperature from 32 degrees Celsius to 34 degrees Celsius. 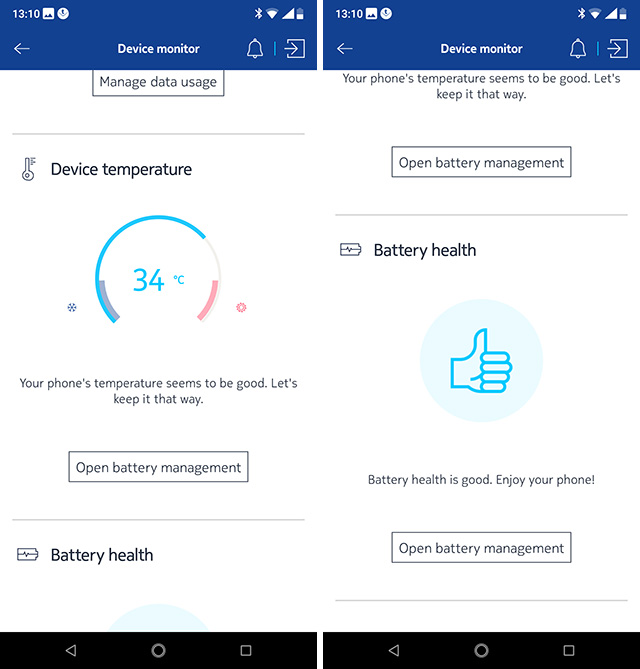 You might wonder why this is a big deal, and honestly, to a lot of people this probably isn’t a big deal. However, I personally appreciate Nokia putting this particular feature in the phone, and I’m sure quite a lot of you guys will too.