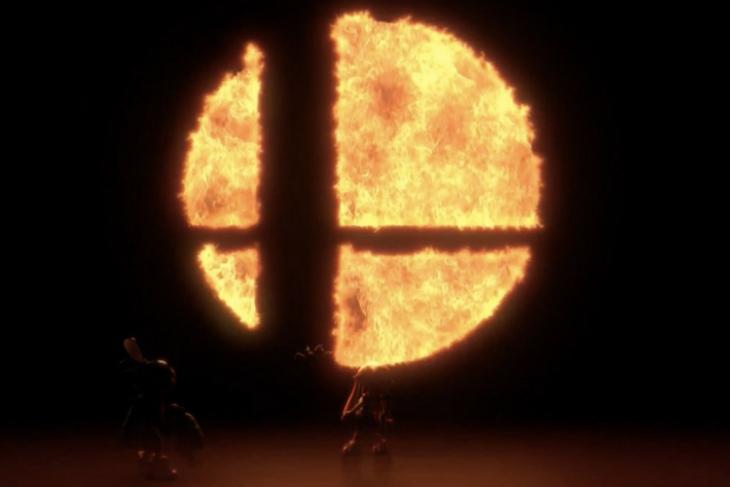 We’re several weeks away from E3, but game studios have already announced some of their plans for the conference. Nintendo is the latest to show what it has in store for the industry’s biggest show.

From Nintendo’s plan, it’s clear that the announcement will largely focus on one game – Super Smash Bros — for Nintendo Switch. Nintendo won’t be hosting a traditional press conference. Instead, just like every year, we’ll be getting a pre-recorded briefing.

The company annual E3 Direct presentation will air Tuesday, June 12 at 9 a.m. PT, kicking off the event week. Just like last year when Super Mario Odyssey was the primary focus, it looks like Super Smash Bros for Switch will receive the most screen time during this year’s presentation. 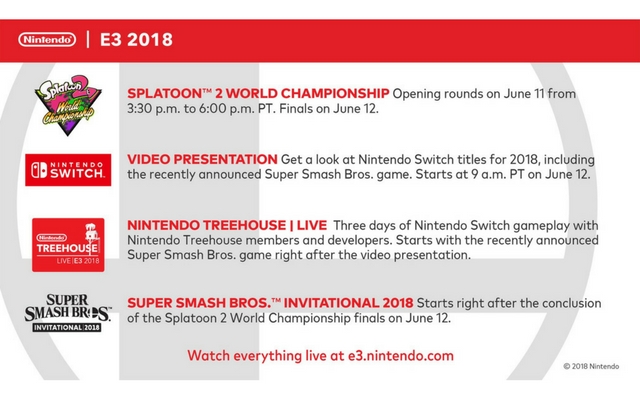 Nintendo’s gameplay-focused event, Nintendo Treehouse Live, will begin once Nintendo Direct wraps. And once the show floor opens, the attendees will be able to get their hands on the title, and check out the the gameplay and graphics. It is also worth pointing out that the event opens to the public again this year. Hence, you can expect long queues and wait times for the demo.

Nintendo’s live briefing and treehouse tournament will also be live-streamed on YouTube and Nintendo’s official site.

In case you’re wondering, Nintendo will also have other unnamed third-party titles on the demo. And of course, other planned 2018 titles like Fire Emblem and Yoshi for Switch would also be there. So, if you’re not excited about the Super Smash Bros for some reason, you can choose to check out these other upcoming games.