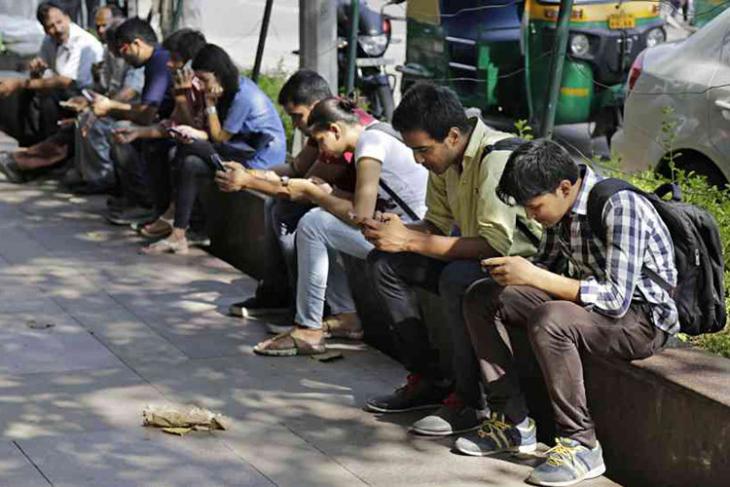 Indians love shopping online. The success of homegrown brands Flipkart, Snapdeal as well as the increased investment from Amazon towards its India business makes this clear.

According to new research from Worldpay, 82 percent of smartphone users in India prefer to use apps instead of the mobile browsers when shopping online. In contrast, the global average stands at around 71 percent. The research, titled ‘The Mobile Payment Journey‘, polled 16,000 people (including 1,514 in India) across 8 countries over the past three months about their online shopping habits and mobile payment usage.

They found that the average Indian smartphone user downloads around ten apps on their device, compared to just seven in US and the UK. According to the report, Indians collectively downloaded 12.1 billion apps on their mobile devices last year, overtaking the US for the first time in history.

Contrary to the popularly-held notion that Indians are unwilling to pay for online services, the app also claims that, “Consumers are also seeking a more luxury, personalized service on their mobile, and many are willing to pay more for their purchase if it is accompanied by a first-class experience”. According to the report, more than a third of all Indians surveyed claimed to have spend over Rs. 4,000 ($62) on their last online purchase.

According to Phil Pomford, the General Manager for Asia-Pacific and Global Enterprise eCommerce at Worldpay, “India is one of the most exciting growth markets for mobile commerce, but our research shines a light into what really makes these shoppers press the payment button.”

He added: “While India took longer to catch on to smartphone ownership, its citizens are now among the earliest adopters of a whole range of technologies. India’s consumers want tomorrow’s world today – but that means they have perhaps the world’s highest expectations when it comes to service levels and user experience”.