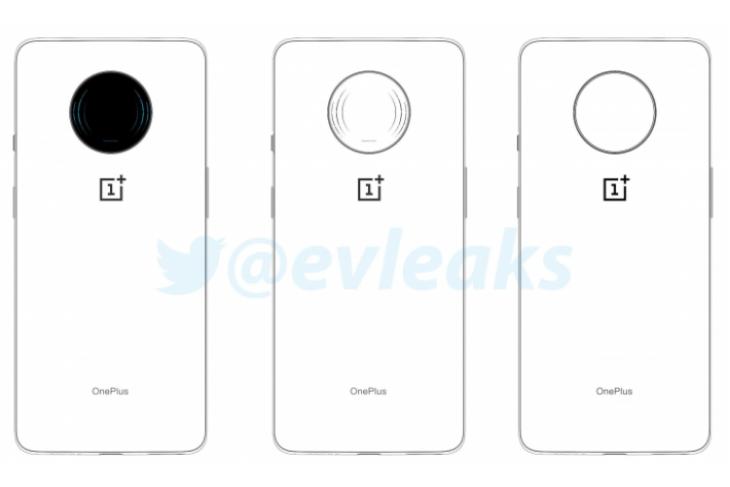 OnePlus 7T Pro is expected to officially be unveiled sometime later this year. And while we’ve been mulling over the changes OnePlus will debut in its next premium flagship, a new OnePlus smartphone with a huge design change has popped up online.

Thanks to well-known leaker Evan Blass, we have gotten a look at a new OnePlus smartphone design – something which hasn’t been launched or teased until date. Blass has now shared a trio of renders, all carrying a circular camera bump but with a different fill type for cameras in each. There is no information on what the fills signify, but the renders do corroborate an older leak, which showed off this design months ago.

If you think the leaked render with the circular camera cutout looks familiar, well, you’re not the only one. Popular tipster Ishan Agarwal had tweeted this redesign earlier last year, even before the launch of the OnePlus 7 Pro. The photo posted appeared to be from a closed-door meeting, where you can see the new design shown off in the presentation. But, you also get a look at the prototype with this circular camera in CEO Pete Lau’s hands.

EXCLUSIVE! Here's your first look at an upcoming OnePlus Device I don't know much about. This image shows the device in prototype/designing stage and it is not final but this is probably how the device may end up looking. That's Pete (CEO of OP) in the img and the device itself. pic.twitter.com/Yau9EsgSDy

At the time we assumed this was going to be the much-anticipated OnePlus 7 Pro, but that didn’t turn out to be true. OnePlus 7 Pro launched with a vertical camera strip and the pop-up selfie camera module. However, if the circular camera design has resurfaced, that too from Blass, then we can expect the OnePlus 7T to introduce a new camera design.

We’ve got no information on the sensor that will be baked into the circular camera cutout though. The previous leak showed off a horizontal line running across the center of this camera bump, housing the flash, but it seems to be missing from the renders that have appeared online today.

OnePlus 7T is rumored to be unveiled in India on September 26, alongside the rumored OnePlus TV. Numerous details for the OnePlus TV have started surfacing online as well, with the company itself confirming a number of features and specifications prior to the official launch.