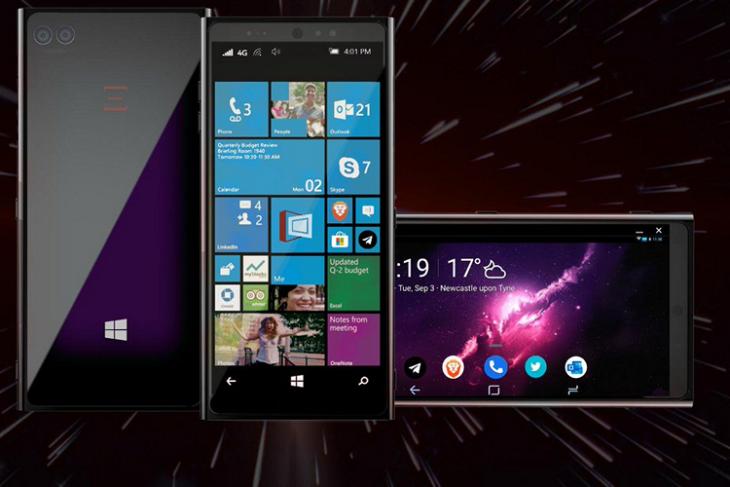 A smartphone brand named Emperion has teased its upcoming smartphone dubbed Nebulus on its official Twitter handle. The factor that makes Nebulus stand out from the crowd is that the device runs Windows 10 on ARM along with support for Android apps.

Yes, you read that right. With Nebulus, the company claims that you can natively run Android apps on the device without relying on an emulator or having to switch between operating systems.

According to Windows Central‘s sources, the device runs on an overclocked Snapdragon 845 processor. The company says they got “great help” from Microsoft to make this possible. The report also suggests that with Nebulus, you will be able to seamlessly switch to desktop mode wirelessly or through a USB-C cable.

Emperion had earlier revealed a few of the key specifications of the handset last November. As per the company’s tweet, the Emperion Nebulus will feature a 6.19-inch Cosmos Display, dual 13MP cameras & a single 10.5MP selfie camera, front-firing speakers, and 128GB of internal storage that can be expanded up to 2TB with the help of a microSD card.

In case you’re wondering, the device will also have a headphone jack. Nebulus will draw juice from a massive 6000mAh battery. The device is said to come with single SIM support.

Emperion plans to sell Nebulus at 549 Euros, which roughly translates to Rs.42,000 or $593 through its website. As of now, it appears like Emperion has no plans to bring the device to the US. The company says that the device will be sold in Europe, the Middle East, and Asia.