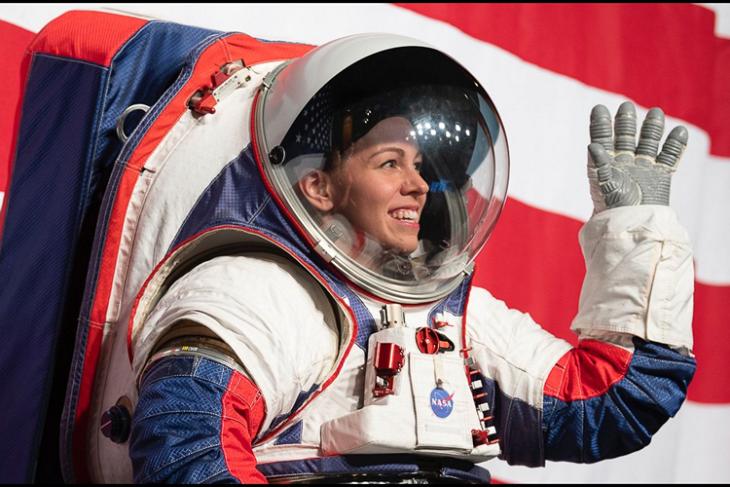 Earlier this week, US space exploration agency — NASA — unveiled its new spacesuits especially designed for the Artemis space program. In case you’re unaware, the Artemis program aims to get astronauts back to the Moon by 2024.

The American space agency shared the prototypes of the spacesuits on its official Twitter handle. Take a look at the tweet below.

Check out images from today's event showcasing prototypes of @NASA's 2 newest spacesuits designed for Moon to Mars exploration: 1 for launch and re-entry, and 1 for exploring the lunar South Pole! #Artemis More 📸 – https://t.co/MzGt9V5K23 pic.twitter.com/VuZwJ8VBKQ

These new spacesuits are named Exploration Extravehicular Mobility Units, or xEMUs. While the spacesuit looks similar to the good-old suits used in the Apollo mission, it comes with a whole lot of improvements and new features.

The safety of astronauts is given the highest priority while designing these new spacesuits. The new suit will be able to withstand extreme temperatures from -250 degrees Fahrenheit to 250 degrees Fahrenheit. Also, NASA explains that the xEMUs come with “dust-tolerant features” in order to avoid contamination of the life support system.

If you are a space enthusiast, you must have seen astronauts finding it difficult to walk on the moon. This is because of the lack of stability in their suits to cope up with the low gravity on the lunar surface. Well, NASA claims to have improved the mobility with this new suit. The new lower torso in the suit includes joint bearings to allow bending and provide better mobility.

“Before the first woman and next man take step on the lunar South Pole in 2024, NASA will test the new suits and several of its components on the International Space Station in a spaceflight environment to confirm the overall performance.”, added NASA in a statement.

However, astronauts will still wear diapers during spacewalks and the new suit doesn’t improve anything in that aspect.

It is worth noting that these new spacesuits will be used only when the astronauts are going on a spacewalk or while landing on the Moon. In all other scenarios, the orange suit will be used.

So, what do you think of NASA’s new spacesuits? Tell us in the comments.