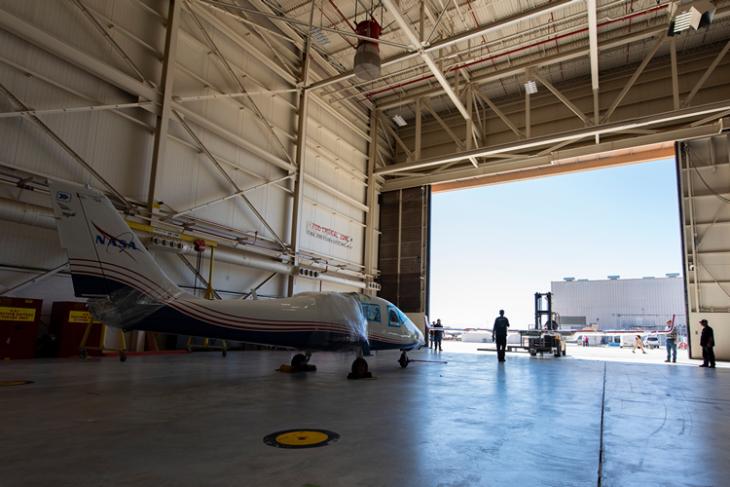 NASA’s first all-electric plane, X-57 Mod II is ready for testing and has been delivered to its Armstrong Flight Research Center situated in Edwards, California by Empirical Systems Aerospace (ESAero) earlier this week. For those unaware, X-planes are experimental aircraft used by NASA to evaluate the capabilities and push the limits of newer functional improvements.

NASA Engineers will begin ground tests on the X-57 Mod II soon followed by other categories of tests like taxi tests and eventually, flight tests. It is worth noting that X-57 will be the first crewed X-plane in two decades if everything goes according to the plan.

“With the aircraft in our possession, the X-57 team will soon conduct extensive ground testing of the integrated electric propulsion system to ensure the aircraft is airworthy. We plan to rapidly share valuable lessons learned along the way as we progress toward flight testing, helping to inform the growing electric aircraft market.”, says X-57 Project Manager Tom Rigney.

The space agency has confirmed that the upcoming versions of the plane, Mod III and Mod IV are already in the pipeline. Also, those versions will come with wings especially since NASA has recently completed load testing on a new “high-aspect ratio” wing at its Flight Loads Laboratory.

With the X-57 project, NASA aims to develop and establish certification standards for electric aircraft, which is booming right now and has interested major players in the industry like Uber. The officials have also announced that the new electric-propulsion-focused design will be shared with regulators for ensuring safety and quality.

So, what are your thoughts on NASA’s upcoming all-electric plane? Let us know in the comments.