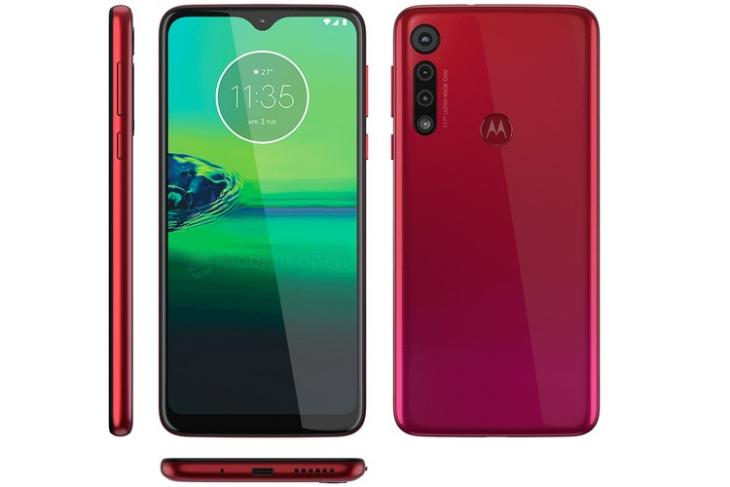 Leaked renders of what’s said to be the Moto G8 have revealed that the upcoming mid-ranger from Lenovo might feature a triple-cam setup at the back and a teardrop notch upfront. The leaks, courtesy of Dutch tech blog, Mobielkopen, also seem to show off an LED flash alongside the rear camera module. The company has also apparently started sending invites that show the device will be launched in Brazil on Thursday, October 24.

Although Motorola doesn’t mention it in as many words, other devices in the lineup, including the Moto G8 Plus and the Moto G8 Play are also expected to be unveiled on the same day. Renders of the former were already leaked earlier this week, revealing similar notched camera housings upfront, as well as a USB Type-C port at the bottom and a 3.5mm headphone socket at the top.

Although details about the phone’s tech specs remain sketchy, the text next to the camera module seemingly shows the presence of a 117-degree ultra-wide-angle camera. While the Plus model is said to come with a 48MP main sensor, a 16MP secondary sensor and a 5MP depth sensor, there’s no words on how that will compare to the standard Moto G8.