We have all had that moment when we accidentally deleted something on our Android device and regretted doing it as soon as we hit that delete button. I can remember that happening to me at least twice. It’s specifically a major problem for users who like to root their device. Just one forgotten backup and all the data on your phone is gone. I have had that happened to me once and the feeling was excruciating to say the list. Our smartphones have become our private vaults, secured with their own biometric authentication system, and house all the important data. Losing that data is not an option, at least for me. However, you cannot avoid accidents, but what you can do is to recover the data after the accident. The software we are looking at today does just that. MobiKin is an excellent data recovery software for your Android device and here’s our detailed impression of it:

MobiKin is a no-nonsense software and does only one thing, that is, the recovery of lost data on your Android smartphone. I am in favour of this approach as I would rather have an app or a software which is the best at one thing rather than something which is average at doing many things. MobiKin’s only job is data recovery, so let’s take a look at what kinds of data it can recover:

First of all, I just want to give you a quick advice, always use a service (like Google Contacts) which syncs your contacts on the cloud so that you never ever lose them. However, if you happen to lose them somehow, MobiKin can help you recover them along with your messages and calls data. The contact data recovery is very good as it cannot only recover phone numbers with names but also the email address, along with home or company address attached to that contact. That’s pretty much everything if you ask me. However, one requirement for recovering contacts and messages is that your device needs to be rooted for this to work flawlessly.

MobiKin also lets you recover photos, videos, and music files that were saved on your device before you accidentally deleted them. The best part is that you can pick and choose the files that you want to recover and leave the not so important files to get a speedy recovery process. 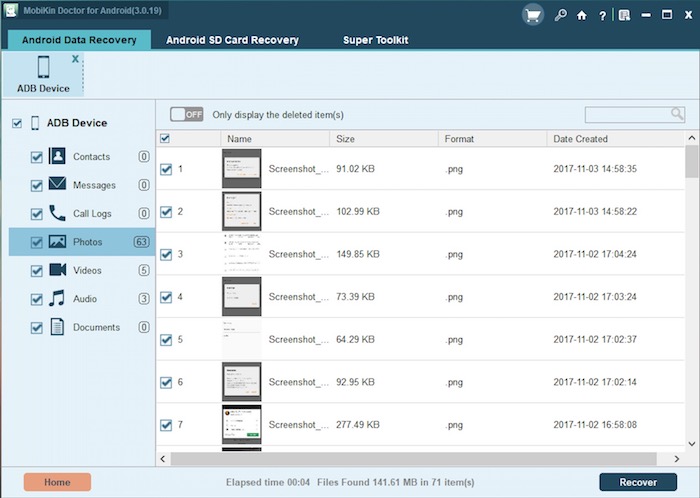 Apart from recovering the above data types which concern most of the users, MobiKin can also recover other file types like documents, PDFs, and more. Basically, MobiKin can recover everything that your smartphone had prior to being deleted and makes it feel like that the deletion incident never happened.

User Interface is probably the weakest point of its software, not because its hard to use, but because it looks like a software right out of the early 2000s. The User Interface feels archaic and there’s really nothing to appreciate about it. However, where it lacks in looks, it makes up in functionalities. Firstly, the good thing is that this app is available for both macOS and Windows, so no matter which computer you are using, you are good to go. Also, sticking true to its no-nonsense approach, the software gives you only the essential options and buttons. Nobody is going to need a tutorial to use this one. 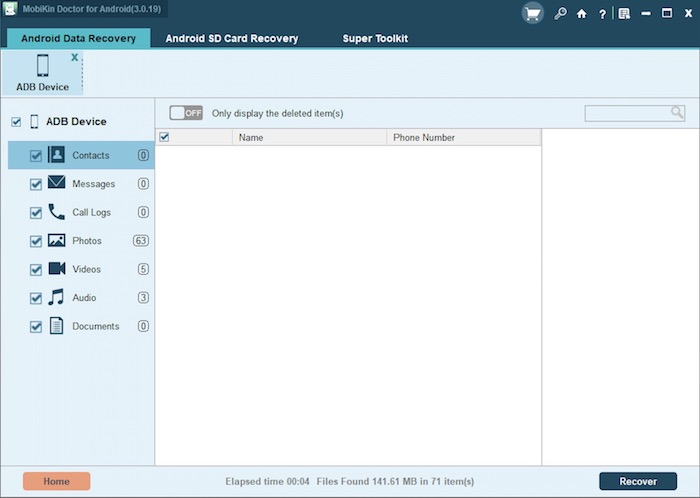 As mentioned above, the software is very easy to use. To use it, you just need to launch the software on your laptop and connect your phone to it. After that, just grant the necessary permission to the software and you are good to go. The top bar houses all the tools and buttons with the left bar housing the data types which you want to recover. However, one thing to note here is that the interface will be different depending on whether you are using the Windows of Mac version. That being said, both the versions offer same functionalities. 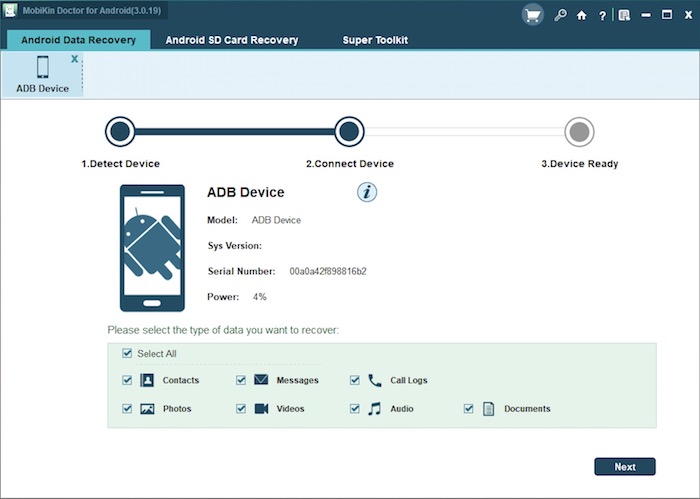 When you click on the Recover button the software scans your phone and shows you all your deleted data which is neatly arranged in the left bar. You can click on any to see all your data and then can select the files that you want to recover. If you don’t want to pick and choose, you can just choose to recover everything, however, remember that it might take up some time depending on the size of deleted data. 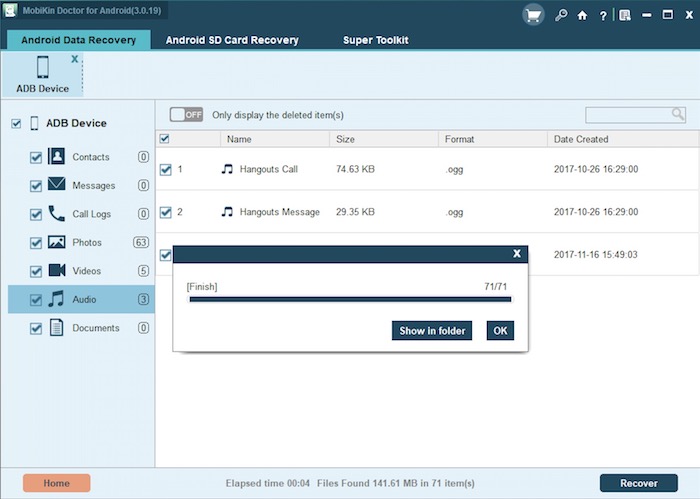 When the data recovering is done, you can choose where you want to save that data on your computer. All in all the process is very simple and works perfectly without any hassle.

The software supports most of the major Android devices available today. The devices include Samsung Galaxy S8/7/6/5, Samsung Galaxy Note 7/6/5/4, HTC One M8, LG G3, Moto G, Sony Xperia Z3, Google Nexus 5, and many other models from various brands. What’s even better is that when it comes to OS version the software is compatible with Android 2.3 and above which probably covers a 100% of Android devices.

MobiKin is available for both macOS and Windows and can be downloaded as a free trial. However, the free trial does nothing and is there just to show you the interface of the software. If you want to use the software, it’s going to cost you $49.95. The price might feel a little steep but that all depends on the importance of data you lost. For some people, it will be worth paying to get their data back.

Recover Your Lost Data With MobiKin

I used the software to recover deleted files on both Nexus 5 and OnePlus 3 and it worked both the time. I think this is the kind of software you don’t know that you need until you do. It’s good to keep this around for those rare yet painful cases. Download the trial version and let us know if you find it worthy enough to purchase it.