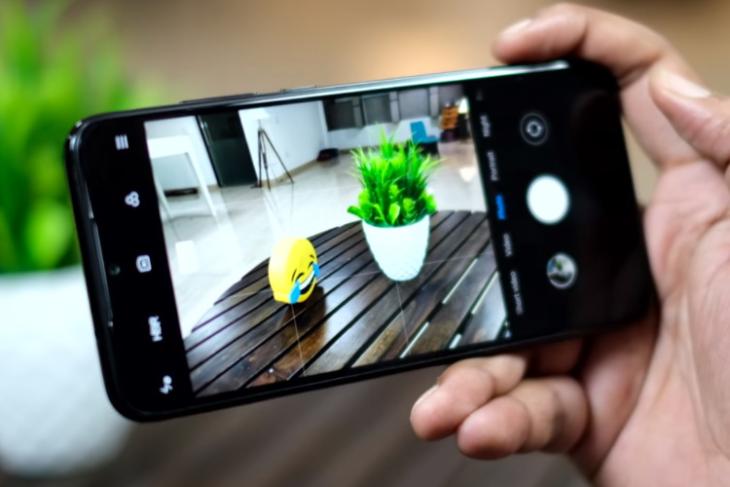 Xiaomi is set to unveil its next-gen Android skin, MIUI 12, next week. We have already seen a few design leaks for the upcoming software update. But now, the company has officially shared the first look at one of the new features in MIUI 12. A new camera UI.

In an official Weibo post, the product director of the camera team at Xiaomi shared a couple of GIFs to show off what the camera UI might look like in MIUI 12. The final choice hasn’t been made yet and the company wants your input, along with a reason, on the camera UI you like. Here are your choices:

Option A: This is quite similar to OnePlus’ camera UI. You will be able to use a slide up gesture to access additional camera features such as the 108MP mode, timelapse, vlog, and more. Xiaomi knows this is the better pick, but nitpicks by saying that users will take getting used to it.

Option B: This is almost the same Camera UI as seen in MIUI 11. The only difference being that the ‘More’ camera features button will be a bit more accessible. You won’t need to swipe through other modes to access it.

I will pick A over B for the new camera UI in MIUI 12 because of one simple reason. It’s reachability. Xiaomi has stuck with Option B for a couple of years and I think it’s time for a change now. The gesture in Option A eliminates the reachability voes of Option B. You can access A with a single hand while the same cannot be said for B.

Apart from the camera UI, MIUI 12 is expected to boast a completely new UI, theme, and well, full-screen gestures. We have already got a sneak peek at the gestures in a recent leak. So yeah, we only need to wait about six days to learn what Xiaomi has in store for us.