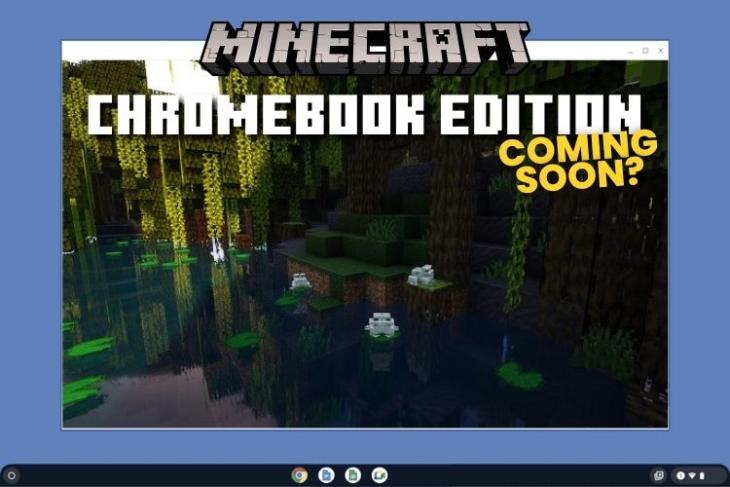 After years of lifehacks, complaints, and waiting, it’s finally time for Chromebook users to rejoice. The most popular sandbox game of all time might officially be coming to Chrome OS at last, and there’s major proof to back the claim. So, without wasting time, let’s see if the dream of playing Minecraft on Chromebook is actually coming to life.

In an unexpected turn of events, Twitter user and Minecraft artist Lilly/Beacon has found a special piece of code in the latest Minecraft Bedrock preview edition. As per their discovery, the code mentions a specific trial version of Minecraft that is exclusive to Chromebook users. Furthermore, there is also a mention of the Minecraft marketplace, which, as you might know, comes bundled with the Bedrock edition. So, from the looks of it, a dedicated version of Minecraft Bedrock for Chromebook is in the works at Mojang Studios.

If this becomes a reality, you can expect to enjoy the blocky experience on a dedicated and optimized version of Minecraft instead of using the Android app. Currently, only Windows can run the Bedrock edition of Minecraft natively in the PC category.

Release Date for Minecraft on Chromebook

We only have a single leak to rely upon, so it is early to predict an accurate release date for the Chromebook edition of Minecraft. However, since it is probably being tested along with the features of Minecraft 1.20, we might witness its release in mid or late 2023. Still, it is worth noting that Mojang Studios & Microsoft, the developers of Minecraft, still haven’t acknowledged this leak. So, at this point, it’s best to wait for more official information.

Though if you don’t plan on waiting, use our dedicated guide to learn how to install Minecraft on Chromebook in no time. As for users with an ARM-based machine, we have an alternate guide that allows you to run Minecraft Java on Chromebook. With that said, are you excited to play Minecraft natively on your Chrome OS laptop? Tell us in the comments below!