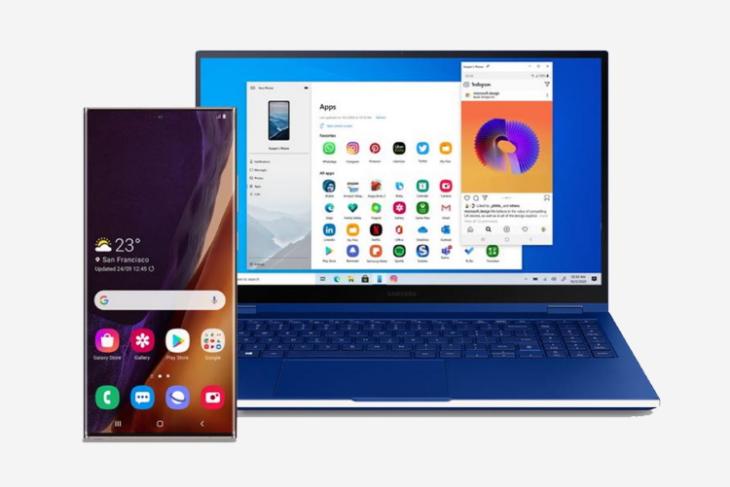 Microsoft introduced the ability to access apps installed on your Android phone on a Windows 10 PC via the Your Phone app back in August. It arrived alongside the new Note 20 series, which includes a deeper ‘Link to Windows’ integration.

This feature enabled users to not only mirror their smartphone’s screen to their PCs but also open an app in a standalone window. At the time, the Your Phone app only allowed users to access one Android app. Microsoft had then promised that it would make ‘the power and convenience of running multiple apps side-by-side available later this year.’ And well, Microsoft is keeping its promise by now allowing users to open multiple Android apps on their Windows PCs simultaneously.

The option to run multiple Android apps, each in its own standalone window, will be available only to Windows Insiders at the moment. Further, you might have guessed, this Your Phone feature is restricted to a select few Samsung phones right now. This means you can’t just pick up any Android smartphone and try to clone apps on your Windows PC.

If you’re a Windows Insider and own a compatible Samsung phone (check out the list right here) then you can go ahead and try to run multiple Android apps in standalone Windows on your PC using the Your Phone app.